A businessman who sold his beauty salon and switched to selling DIY teeth whitening kits is now making more than $1million a year.

After the Western Australian mining industry crash wiped out 46,000 full-time jobs between 2013 and 2015, Avi Raz closed his Perth cosmetics shop and moved to Melbourne where he started selling at-home whitening kits online in 2016.

His $89.95 ‘Advanced Teeth Whitening‘ kits – which come with three pen applicators, an LED light accelerator and mouthguard – promise teeth up to 12 shades whiter after just five days of use.

Professional teeth whitening at accredited Australian dentists can cost as much as $260 per tooth, while professional take-home kits cost an average of $610 – almost seven times more expensive than the Advanced Teeth Whitening one.

Little wonder then that Mr Raz was getting an order every six minutes during the first COVID lockdown in April. 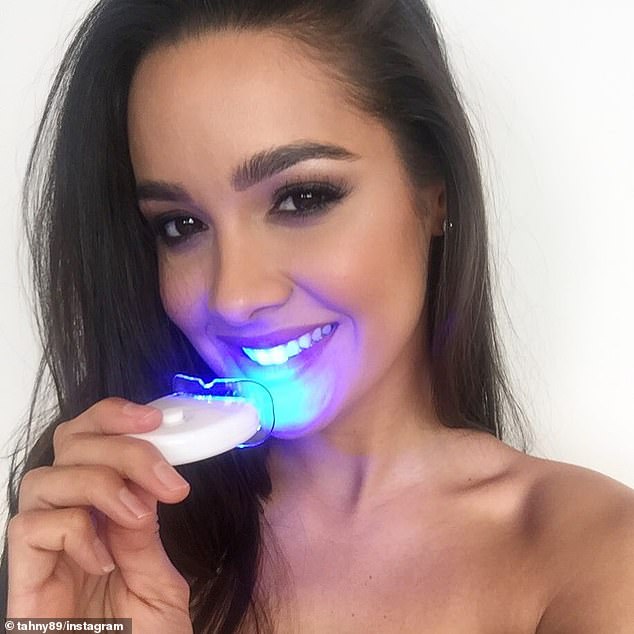 Advanced Teeth Whitening kits – which come with three pen applicators, an LED light accelerator and mouthguard (pictured) – promise teeth up to 12 shades whiter after just five days of use. 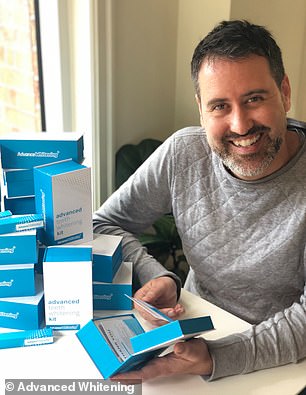 Businessman Avi Raz, 38, who has made teeth whitening accessible and affordable for millions of Australians

He has made teeth whitening accessible and affordable for millions of Australians and now heads up the number one whitening brand in the country.

‘We spent years trialling and perfecting the strongest, best-tasting teeth whitening gel formula that was both effective and also gentle on sensitive gums,’ he told Daily Mail Australia.

Having offered in-chair whitening treatments at his salon in Perth, developing home kits was an obvious pivot for Mr Raz who already had a ‘very loyal customer base’ and wholesale network across Australia.

The inspiration for his product came when he realised how much whitening gel was being washed down the sink during treatment due to ill-fitting mouth guard applicators.

Instead, he developed a pen that painted it directly onto the teeth, eliminating waste and accidental spillages in one fell swoop.

The kits are applied in a three-step process that involves brushing gel from the pen directly onto teeth, sitting with the LED accelerator in your mouth for 10 minutes and rinsing your mouth with water. It’s that simple.

Mr Raz believes transparency sets his product apart in the saturated teeth whitening market, projected to be worth $10.3billion globally by 2024.

‘The industry is saturated with overnight operators that are making false claims, hiding the product ingredients and drop shipping products from China,’ he said.

‘Since our early years providing in-chair teeth whitening treatments in our Perth salon, we’ve constantly perfecting our formula and have invested tens of thousands of dollars in creating products that are safe, effective and easy to use.’

How to use the teeth whitening kit

Twist pen at the bottom until gel appears, then brush evenly onto your teeth.

Pop in your mouth guard and switch on the light. Leave in for 10 minutes.

After 10 minutes the light will automatically switch off. Rinse out your mouth with water and you’re good to go.

Repeat daily for 5 days to reveal teeth up to 12 shades whiter. 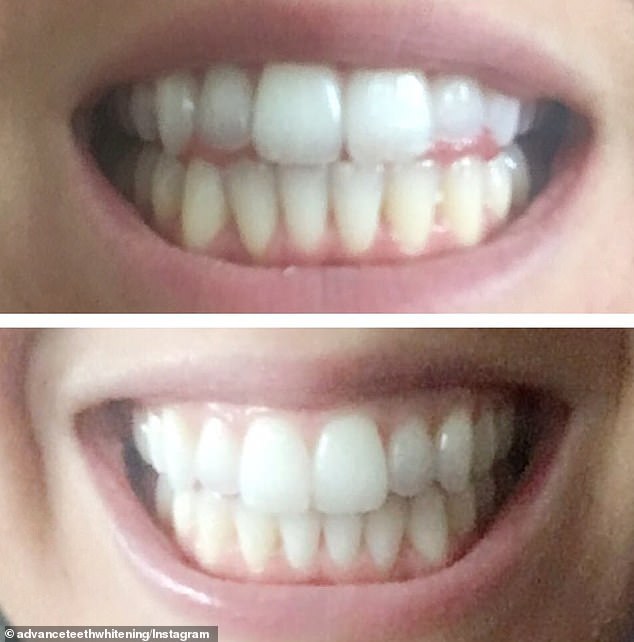 Mr Raz turned over $200,000 in 2016, his first year of trading. Over the past four years he has steadily grown that ‘well into the seven-figure territory’.

His kits have been featured in beauty bibles like Vogue, GQ and Marie Claire, while rave reviews and customer transformation photos are plastered all over social media.

‘Been using your products ever since I got my braces off and I’m loving the results,’ one woman wrote.

‘Every time I use it I feel like my teeth get whiter and whiter.’

Another said she is ‘absolutely rapt with the results’, adding: ‘For the first time in ages I am rocking red lipstick because it actually looks good with my new whiter and brighter teeth.’

Others said they noticed a reduction in the severity of red wine and coffee stains almost immediately. 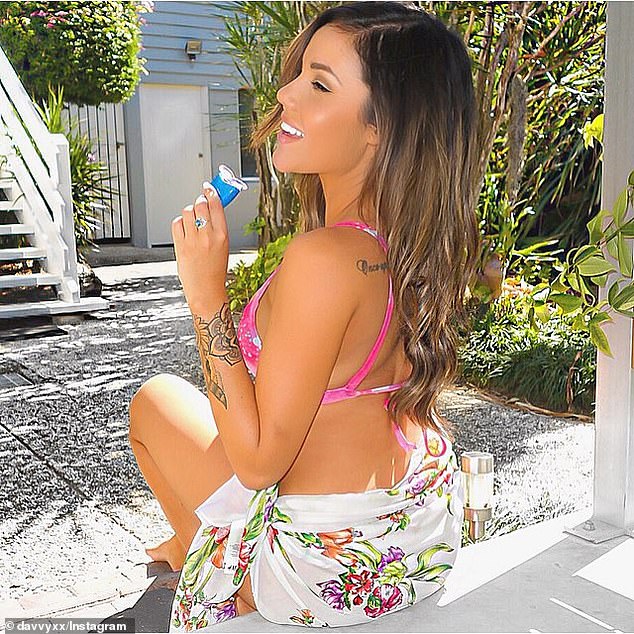 Brands like Mr Raz’s are among the few businesses that benefited from coronavirus induced lockdown, when personal care and beauty products were some of the only things people splashed cash on.

The crisis saw sales of Advanced Teeth Whitening kits skyrocket to the tune of 800 percent in the weeks after Prime Minister Scott Morrison announced a nationwide shutdown on March 23.

On the busiest day in April, one kit sold every six minutes.

Mr Raz attributes this surge to the closure of dentists’ surgeries and people being home ‘with more time to focus on themselves’. 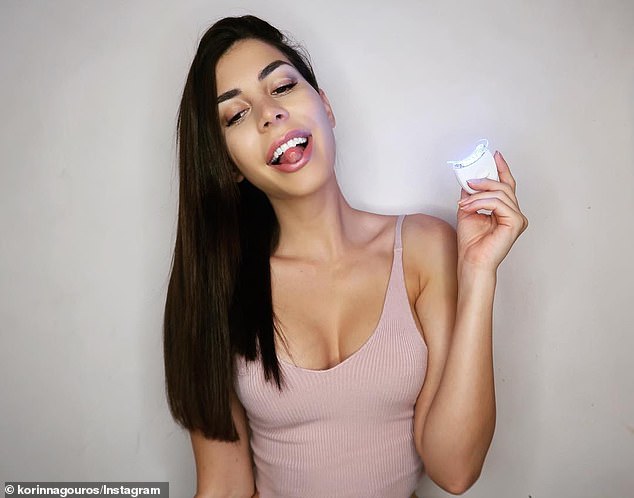 A raft of new Advanced Teeth Whitening products are due to launch in the coming months, with hints being dropped on the brand’s social media accounts.

Mr Raz had frank advice for those contemplating a move to self-employment: starting a business is hard.

‘You have to be hungry, with drive and determination, and be willing to make sacrifices,’ he said.

‘Whether it be giving up on a dream holiday or spending less time with friends and family, you have to believe in yourself and work harder than anyone else.

‘If you’re comfortable with this, then you’re likely to succeed.’

The wider retail industry may be reeling from the continued impact of the virus crisis, but for this business at least, the pandemic has paid dividends.