Autumnwatch has been on our television screens since 2006, but its presenters are keenly aware that the life-affirming leap into the world of nature has never been so vital in keeping up our spirits.

‘Watching nature is a scientifically proven way of relieving stress,’ says Gillian Burke during a Zoom call with her co-hosts Chris Packham and Michaela Strachan.

‘When we filmed Springwatch over lockdown, so many viewers said the show had improved their mood. Autumnwatch will hopefully do the same.’ 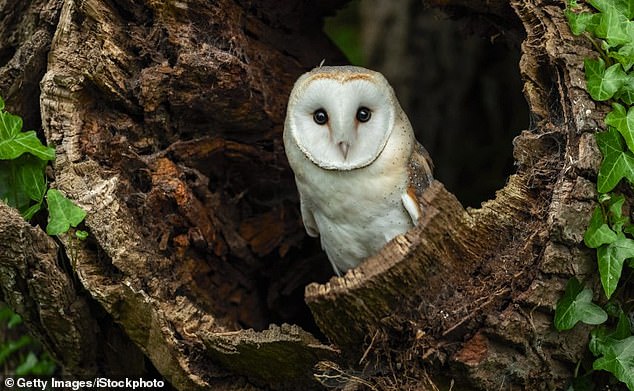 The presenters of Autumnwatch are hoping the new series could provide a much-needed leap into nature for viewers and the perfect way to lift their spirits. Pictured, a barn owl in a hollow tree

The show’s four presenters will be filming across Britain. Gillian will be at RSPB Old Moor in Yorkshire to see barn owls, bitterns and willow tits.

Chris will be at his home in the New Forest, hoping to catch up with a blond badger he met on the last Springwatch. 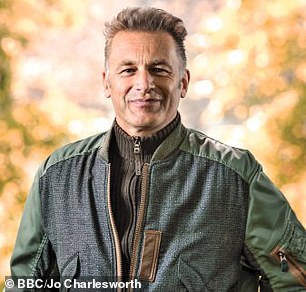 Iolo Williams is in Wales at the Centre for Alternative Technology, expecting to see hen harriers. And Michaela Strachan heads to Tentsmuir Forest in Fife, Scotland, home to red squirrels, white-tailed eagles and kingfishers.

Common and grey seals frequent the beaches nearby and Michaela can’t wait to see them. ‘I’m sure there’ll come a point where I gush about how cute they are,’ she says.

‘I’d normally have Chris beside me, raising his eyebrows, but there’ll be no one to stop me!’

She missed Springwatch because of lockdown in South Africa, where she lives with her husband and son. ‘It was very frustrating – it’s not just a job, I live and breathe it,’ she says. ‘So I’ve been chomping at the bit to do Autumnwatch.’

Autumnwatch is on Tuesday to Friday at 8pm on BBC2.