An Australian woman has been criticised by strangers for packing her husband’s lunchboxes with snacks that are ‘slowly killing’ him.

‘My husband works away and the food is terrible. These meal prep containers are great for making him snack boxes to eat while on the go,’ she wrote in a popular Facebook group.

But rather than focusing on the meal prep containers she purchased from Kmart, many were quick to judge her over the ingredients she used to create her husband’s daily snacks for work. 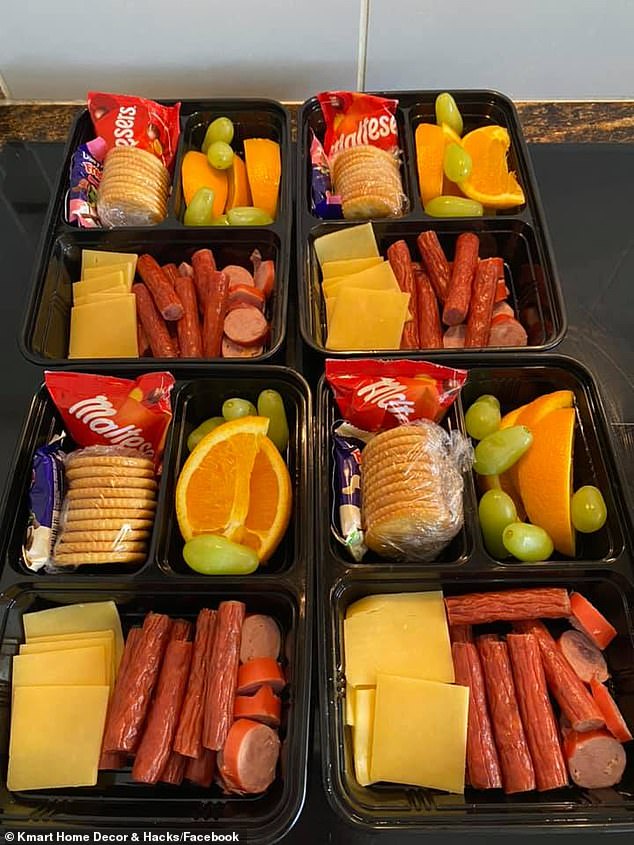 The woman, from Queensland, shared an image of the lunch to a popular Facebook community group where she was originally praising the Kmart meal prep containers

‘Very good idea but I think some of those food choices should be reconsidered. There’s a lot of carcinogenic and heart attacks packed in there,’ a third said.

A fourth added: ‘This is nice but if you want, I can write your partner a meal plan… strong hearts start with whole hearty meals.’ 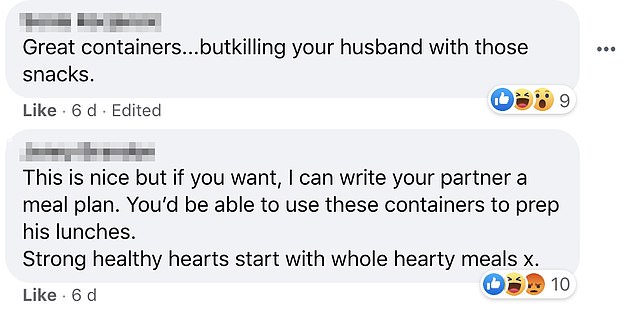 Rather than focusing on the budget Kmart meal prep containers, hundreds commented on the food itself

In response to the backlash, Trista said: ‘So many judgy, rude people, you should be ashamed of yourself!’

But in response to the backlash, the wife fired back, saying: ‘So many judgy, rude people, you should be ashamed of yourself!’

‘Obviously it could be healthier but I have to pack what he would actually eat.’

While many criticised the lunch, others quickly defended the woman, saying she was a ‘great wife’ and her husband is ‘lucky’ to have her.

Some also posted images of the lunchboxes they prepare for their partners. 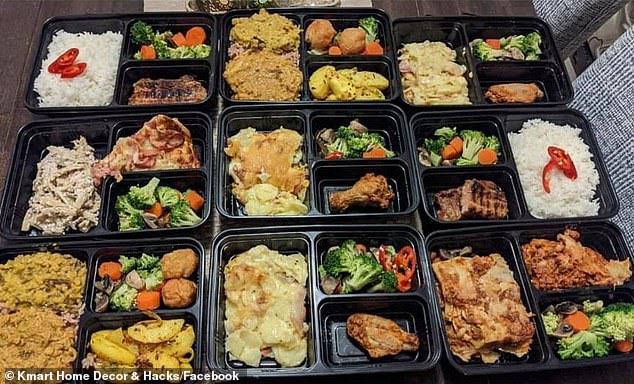 While many criticised the lunch, others supported Trista and said she was a ‘great wife’ and her husband is ‘lucky’. Some also posted images of the lunchboxes they prepare for their partners (pictured) 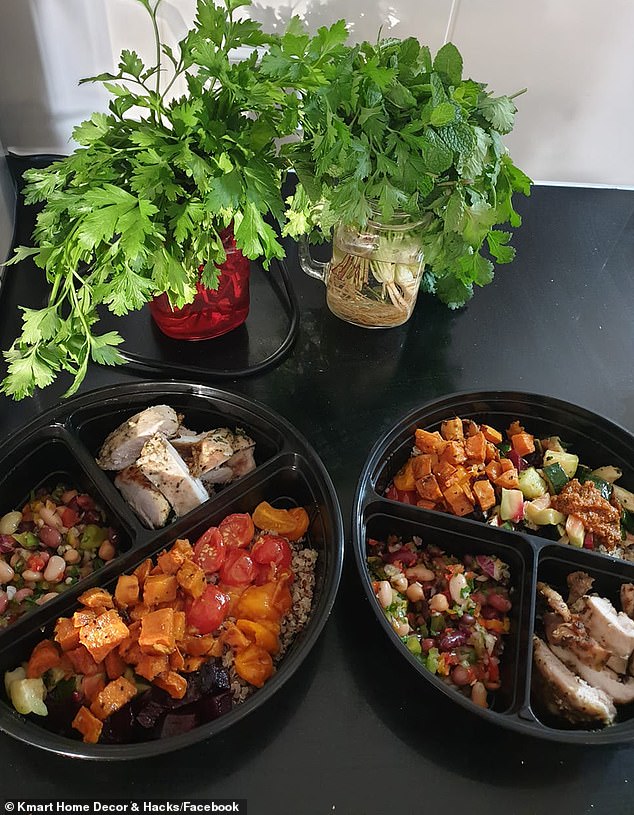 ‘I do the same for my partner! He works 15-hour days, sometimes longer, they are great,’ one woman said.

‘What a great idea. Might do this for my boyfriend, he can put them in his car fridge,’ another said.

A third added: ‘Lucky hubby! Good on you for being thoughtful.’