A mother has delighted foodies with her simple recipe for spring rolls, made in the $29 Kmart sausage roll maker.

Posting anonymously in an Australian cookery group on Facebook, the woman said she made the snacks by frying pork with cabbage, carrot and bean sprouts, wrapping the filling in Coles pastry and baking them in the gadget for 10 minutes.

She said they were a ‘huge hit’ with her teenage children who keep asking her to make another batch.

Online, people were equally impressed with one woman replying: ‘You are a legend, I’m making these this weekend.’ 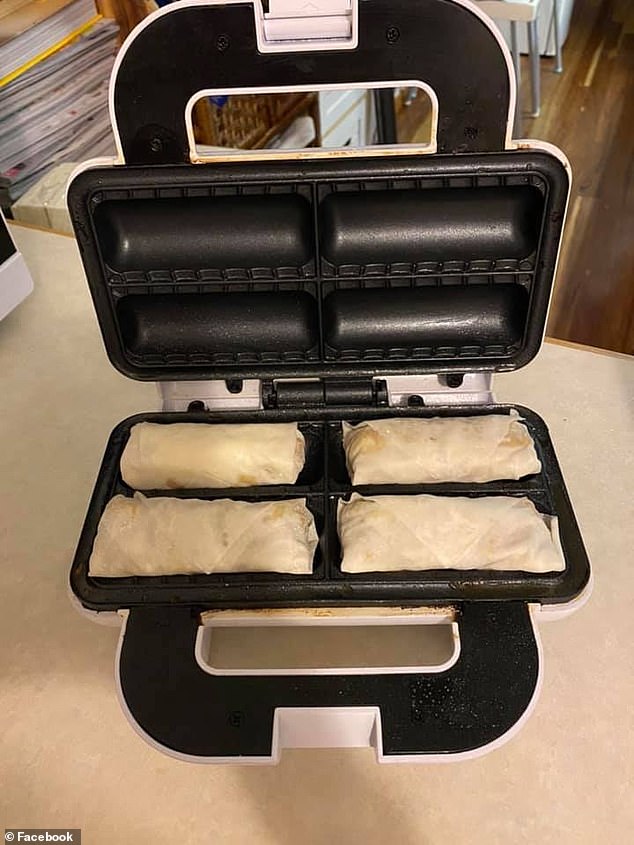 Home cooks have discovered another clever use for the $29 Kmart sausage roll maker: baking pork and vegetable spring rolls (pictured) 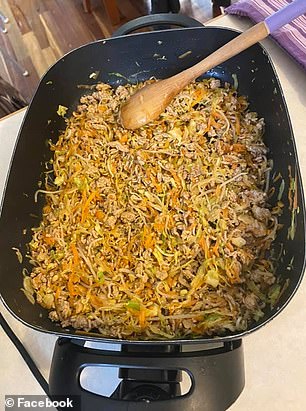 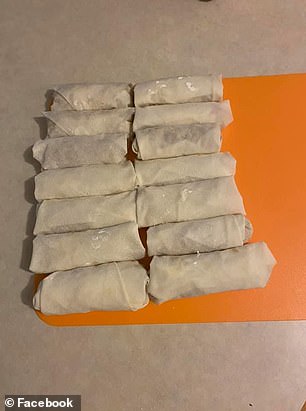 The Australian woman made the snacks by frying pork with cabbage, carrot and bean sprouts (left), wrapping the filling in pastry (right) and baking the rolls in the gadget for 10 minutes

It’s the latest clever use for the budget-friendly sausage roll maker, which home cooks have been using to make ‘dagwood dogs’ – carnival-style sausages on sticks covered in deep-fried cornmeal batter.

One mother made her own with Don Skin-On Cocktail Franks sausages, puff pastry and a standard pancake mix after seeing photos on Facebook.

‘Thank you to the person who shared the hot dog idea! I used pastry for four and pancake mix (just the shaker kind) for the other four,’ she wrote.

‘My [seven-year-old] said she loved both, but the pastry was just a little better. She liked the sweetness of the pancake mix with the hot dog.’ 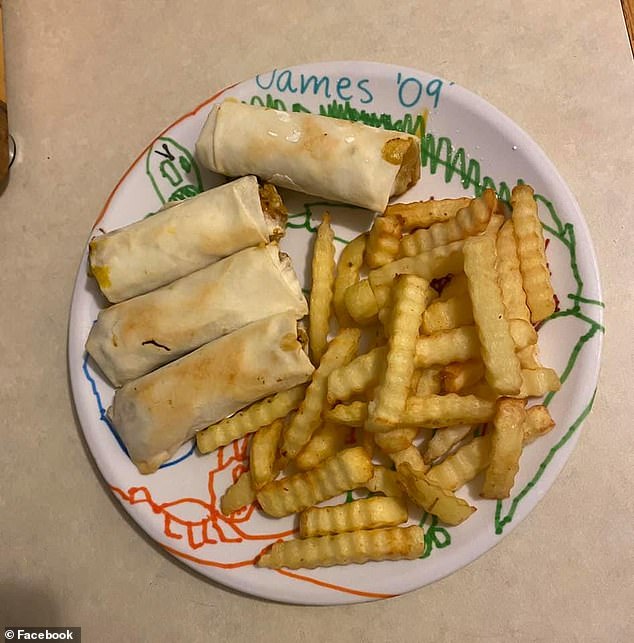 3. Add pork, cornflour, oyster sauce and soy sauce, frying off until the liquid has evaporated.

4. Load filling into pastry, fold over and cook in the sausage roll maker for 10 minutes.

Once cooked, she placed a sausage inside and added a second layer of pastry on top.

She did the same with the second batch of sausages but used the pancake mix instead of puff pastry to create a sweetly flavoured hot dog. 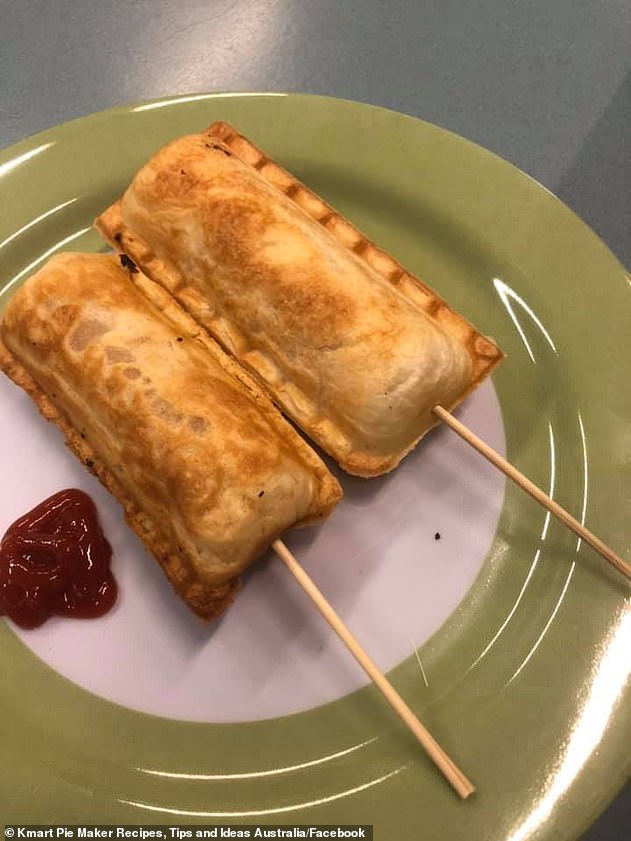 An Australian mum’s homemade ‘dagwood dogs’, made in the Kmart sausage roll maker

Other mums said the idea had inspired them to make some for their own children.

‘Fantastic idea! Going to try these this weekend,’ one person said.

‘I’d like to do this with apples,’ said another.

A third added: ‘Looks so delicious.’