Shoppers can save hundreds at the supermarket checkout by downloading a ‘genius’ new app that finds the best deals based on your typical grocery list.

Melbourne-headquartered WiseList compares the prices of products in Coles and Woolworths to reveal which store is offering greater discounts on the products you want in real time.

After entering your list, groceries can be divided into recurring and one-off purchases, with sections for ‘temporary needs’ and ‘weekly essentials’ to help you prioritise spending.

Thrifty Australians have branded the free mobile app, which can be downloaded on both iPhone and Android devices, a money saving ‘game-changer’.

A screenshot of a list posted on Facebook by Melbourne bargain-hunter Michael Zhou compares the prices of four products in the two supermarkets.

That’s an instant saving of $8.44 simply by shopping at one store over the other – and hundreds of frugal shoppers seemed keen to get in on the action.

‘I need this app in my life!’ a Queensland mother said.

But not everyone was convinced that such a small saving was worth the time spent scrolling through an app.

Many said they’ve been comparing lists between supermarkets for years and almost always find Coles to be cheaper.

‘I prefer Coles because when I go to Woolies there’s always at least one thing on my list they are out of stock of, so I end up going to Coles as well,’ said one woman.

‘I don’t notice much difference with price unless it’s a big shop in which case, Coles is cheaper anyway.’

Another agreed, saying: ‘I have done the same list on Woolworths and Coles online shopping and Coles has come out cheaper 90 percent of the time.’

One woman recommended Half Price, a free app that compiles the latest 50 percent off specials from Coles and Woolworths.

A growing number of Australians are using free budgeting apps to keep track of their finances as the country continues through its first recession in almost three decades.

Hailed as the ‘crème de la crème’ of budgeting apps, Pocketbook syncs with your bank account to give you a complete overview of your spending without having to manually enter a single sum.

Pocketbook describes itself as the personal assistant for your money, categorising transactions to give you a complete breakdown of spending so you can see where you need to cut back.

MoneyBrilliant connects to more banks than any other app of its kind and comes more highly rated than many of its paid competitors.

It allows you to link bank accounts, credit cards, loans, superannuation funds and more to keep track of multiple budgets at once. There’s also features for Insurance Tracking and Bill Watch for utilities like gas and electricity.

It combines every branch of finance from banks accounts to digital money, and collects, analyses and displays your financial data from a wide range of institutions and services.

Moneytree also collates loyalty points from rewards schemes like Frequent Flyer and Myer One so you never lose track of how many you have.

The Australian Taxation Office’s official app is a great tool for lodging and tracking tax returns, as well as recording business deductions like taxi fares and work uniforms throughout the year. 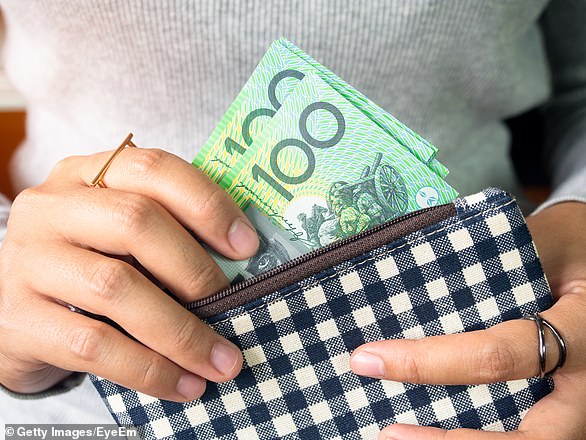 * All apps can be downloaded on iPhone and Android through the Apple App and Google Play stores.