A talented artist has revealed that you don’t need brushes to create incredibly detailed paintings, after winning a legion of fans on social media.

TikTok user, wlj8886, who posts from Asia, has attracted more than 1.6million likes with her work and has nearly 97,000 followers, after sharing mesmerising time lapse videos of her work.

In two recent videos, the artist demonstrates her array of skills and use of colours by expertly depicting both an owl and a butterfly using metal beads to drag the paint across the canvas. 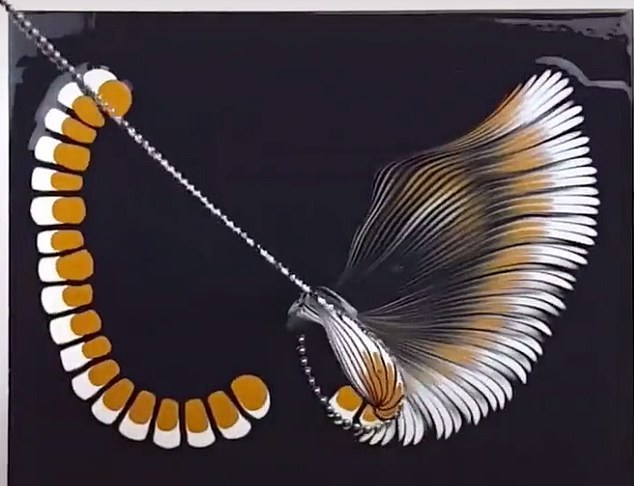 A talented artist wowed people online by posting their incredible paint creations on TikTok. In one video, the user – @wlj8886 – was seen producing a stunning painting of an owl 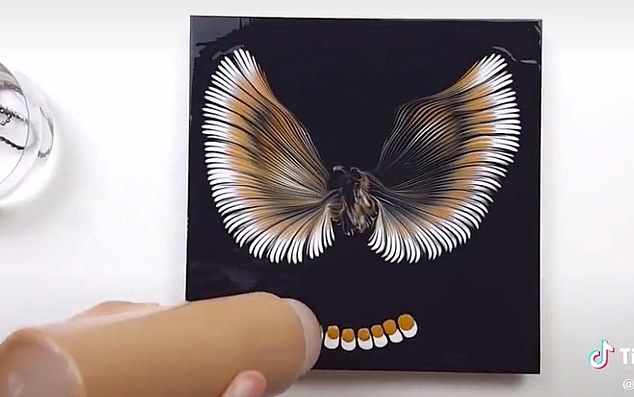 She used beads to spread splodges of brown and white paint across a black background. Once finished, she had depicted two stunning wings

In both, she first squirts different colours onto paper before using a string of metal beads to drag the paint across the page.

To create the owl, the artist starts off with little puddles of white and brown paint on a black piece of paper.

They are arranged in a pattern so that she can use her string of beads to spread the paint out into the basic shape of the owl, which is depicted with white-tipped feathers.

Once that is done, the craftswoman smudges the centre of the creation to make space for what will become the owl’s face.

She also creates further dabs of brown and white paint beneath the bird and uses the beads to depict the animal’s tail feathers.

She then shifts back to create the owl’s eyes using a splodge of bright yellow paint. 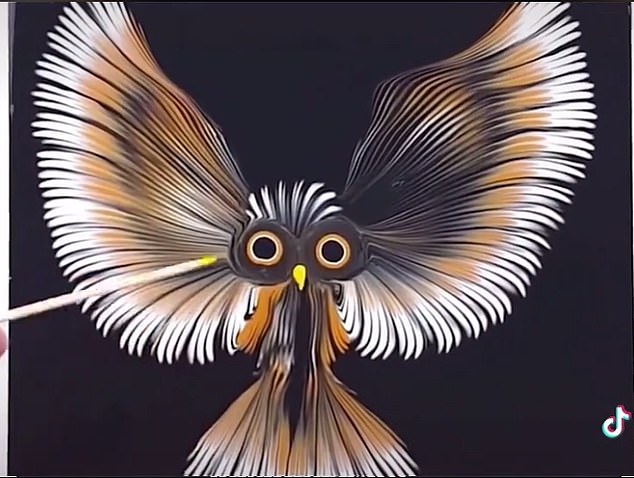 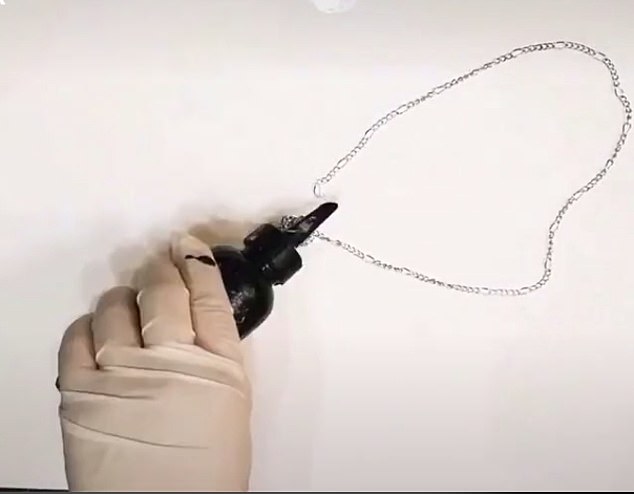 In another video, the artist painted a butterfly. She started off by laying her metal beads on a blank page and then traced around them with black paint before filling the space with pink, blue and yellow paint

With the butterfly, wlj8886 first lays the beads on the paper so that they form the basic shape of one of the insect’s wings.

She then paints the colour black around them and fills the space in the middle with pink, blue and yellow paint.

She then runs the beads through the paint to create a beautiful deeply-coloured wing. 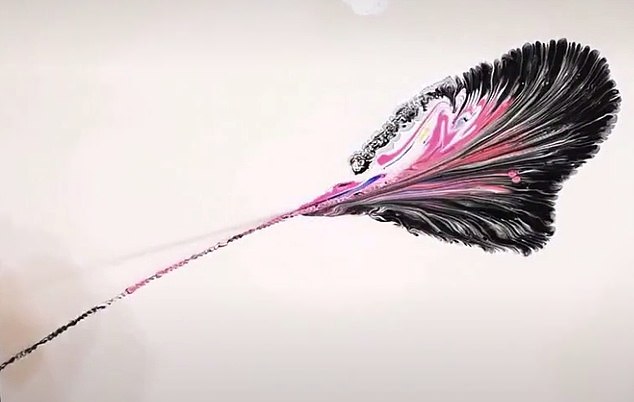 Wlj886 then used her beads to drag the colours into each other, making a a clearly defined wing

The artist then repeats the process with the other three wings and finishes off by creating the butterfly’s body in the centre of its wings.

Other TikTok users were amazed by the ‘amazing’ videos.

One said: ‘Looks so cool and realistic.’

Another added: ‘Speechless! So amazing.’ 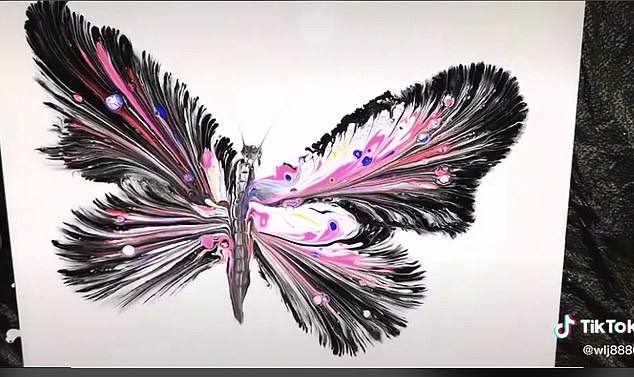