From fancy marketing campaigns to shiny cylinders, Dyson has transformed the vacuum cleaner into an unlikely status symbol.

With more than 100 million of its vacuums sold in Britain alone since its launch in 1991, the company has monopolised the market for decades.

Now, though, two of the brand’s senior staff have left to launch a rival product.

And now I’m putting it to the test, cleaning up after my two children and rapidly malting Labrador puppy. 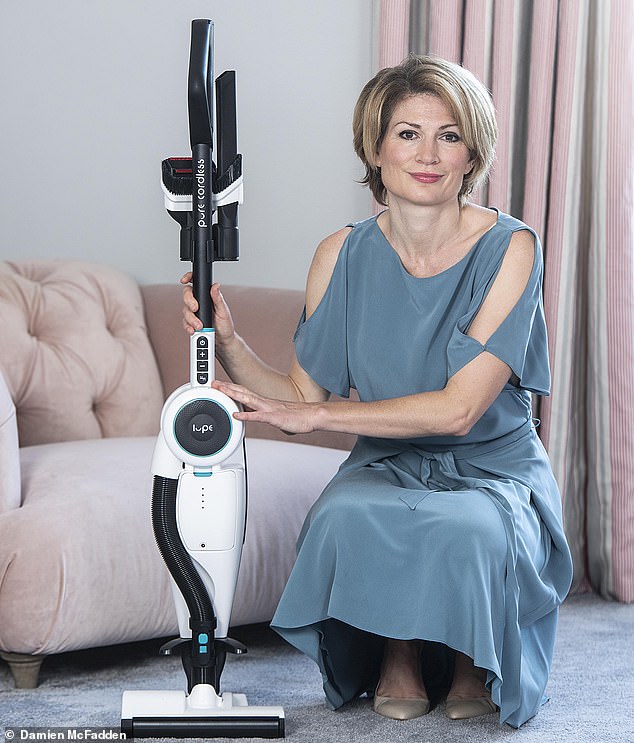 Pablo, 39, and Lucas, 36, claim their cordless vacuum is not only twice as powerful as its competitors, but could end the carousel of new launches for good — Dyson has released a different vacuum almost every year since 2001.

The duo say new models are unnecessary because ‘vacuum cleaner technology doesn’t move on that quickly’.

Given that vacuums make up 50 per cent of electrical landfill waste, constantly buying a new one is hardly environmentally friendly.

The Lupe Pure Cordless, the makers claim, is designed so parts can be easily replaced if they wear out. 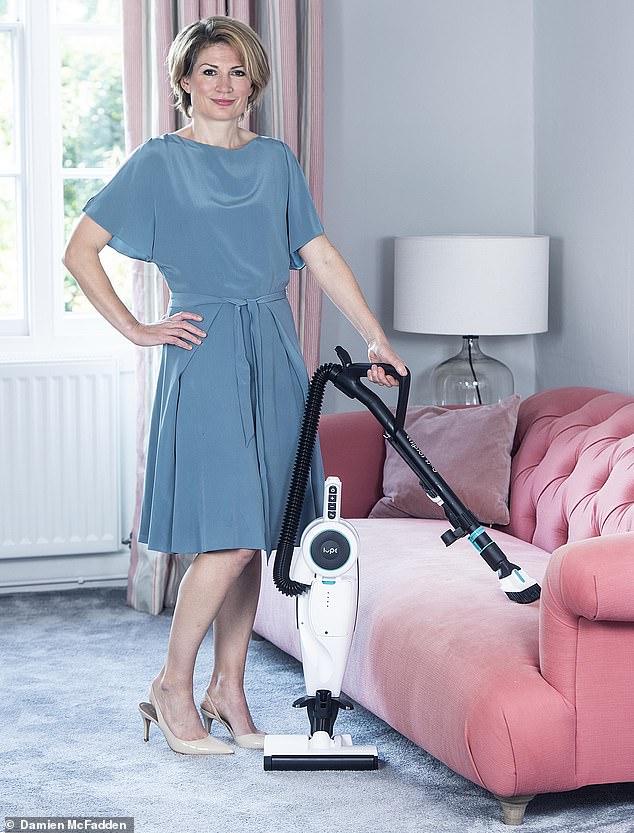 The Lupe Pure Cordless, the makers claim, is designed so parts can be easily replaced if they wear out

Whereas Dyson has some 12,000 staff, they have five. Has their former boss wished them well?

‘Er, he hasn’t made contact with us,’ Lucas admits.

So, how well does the Lupe fare? Its USP is the head.

The pair say it contains a water-resistant foam roller to flatten debris and create a perfect seal with the floor, so less energy escapes from the motor — which can spin at 108,000 RPM, around twice the speed of a jet engine.

This apparently means the vacuum can clean powerfully for an hour even on its standard setting.

Whereas many stick vacuums use accessories such as Dyson’s £100 ‘Floor Dok’, this stands up on its own.

And the removable bin can hold 1 litre of debris, compared with the 0.76 litres of the Dyson V11 Absolute.

There are two additional heads — a brush for furniture and a long thin head for corners — and the handle can be attached to the hose as an extender to reach dusty ceilings. 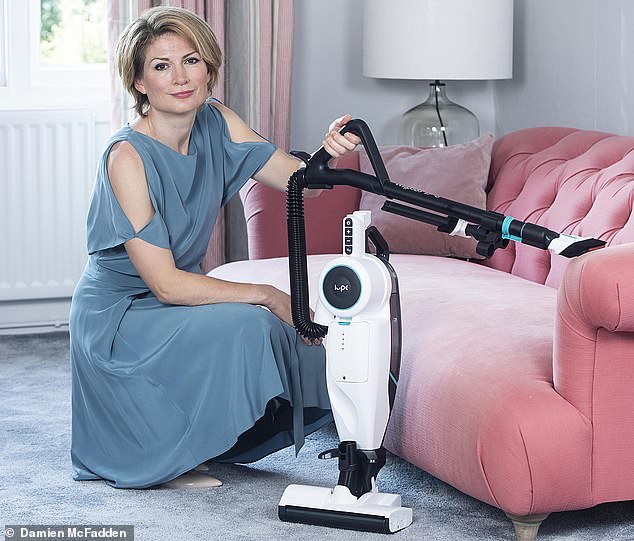 Pablo says it’s so simple that his four-year-old daughter can assemble it all.

Now for the real test. I charge the battery: four lights tell me it’s ready after three hours and 30 minutes, compared with the Dyson’s reported four hours.

I turn the machine on by pressing a switch at the front, and true to Pablo and Lucas’s word, it cleans carpets faultlessly on its lowest setting, sucking up even the stubbornest Labrador hairs, along with teatime crumbs and sand my son has spilt.

I manage to clean all the carpets before the battery dies — something my current cordless couldn’t do. 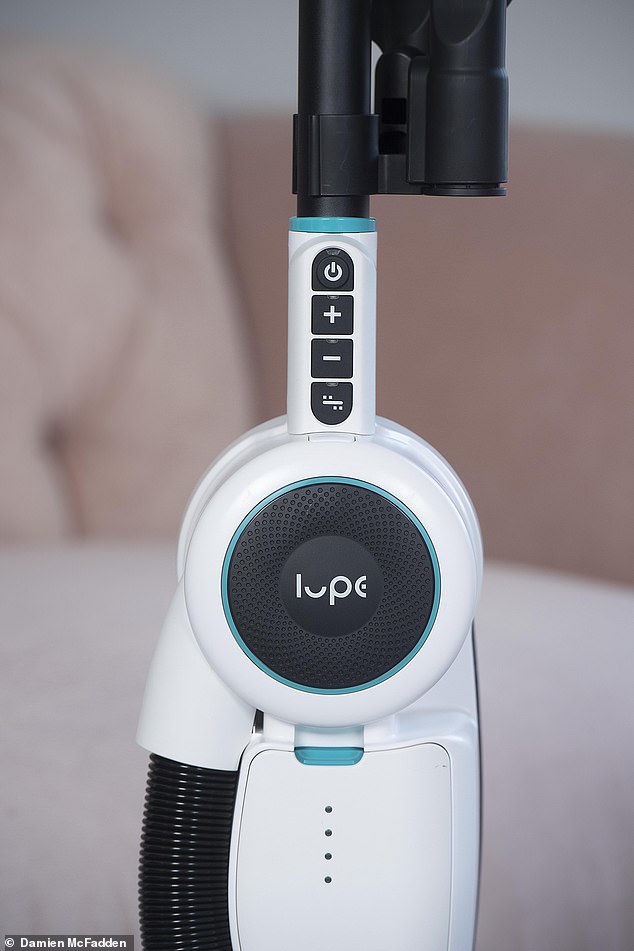 The attachments click easily on to the hose — they’re my favourite part of the machine — and using the furniture head on the maximum setting takes layers of dirt off my sofa I hadn’t realised existed.

However, I struggled to reach my ceilings, even with the extender. And, heavier than my existing cordless — this weighs 4.6kg, compared with the 3kg Dyson V11 — this did give me arm ache.

Also, when the vacuum was on maximum power, the battery only lasted 19 minutes and 12 seconds.

All in all, though, while it lacks the razzmatazz of some competitors, it feels like it’s built to last — and it did the job brilliantly. Dyson who? 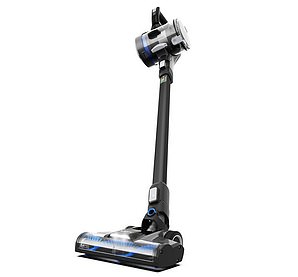 The 3.1kg Vax Blade 4 has LED lights that show up every speck of dust in dark corners.

With a 0.6 litre bin in and up to 45 minutes’ power, it’s a nifty model and perfect for cleaning cars too. 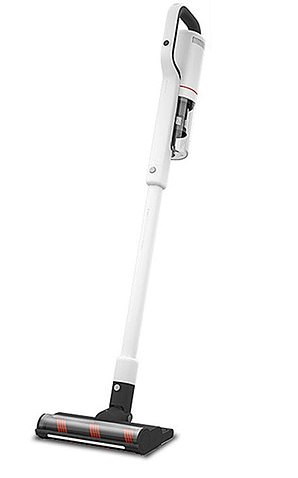 The light 2.6kg Roidmi X20 has a 0.4 litre bin and comes with a ‘magic mop box’ — that fills with water and delivers water onto a mop pad that you Velcro onto the bottom of the unit, meaning mopping and cleaning can be done simultaneously. 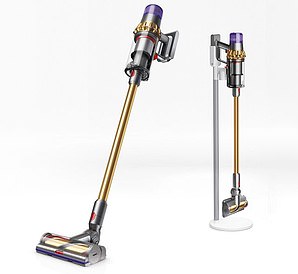 The Dyson V11 Absolute Gold, one of five in the V11 range, shows you exactly how much power it has left.

It is undeniably flash while a ‘point and shoot’ mechanism means you can eject debris from the bin without getting your hands dirty.

Comes with a wall-mounted dock. 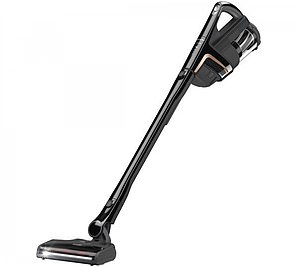 The Miele Triflex HX1 was a Which? magazine best buy this April.

The 3.6kg machine has a 0.5 litre bin, two-hour charge time and up to 60 minutes’ power from the removable battery.

Miele claims its suction is as strong as its most powerful corded model. 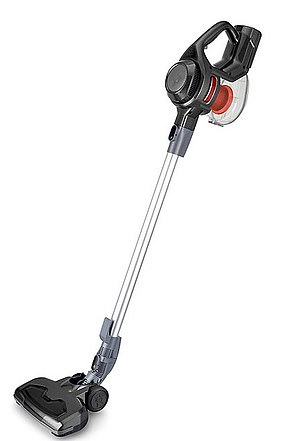 And if you don’t want to remortgage…

The 2.3kg Beldray Airgility has a larger 1.2 l bin and 44 minutes’ battery life.

It has LED lights to check under furniture and can be transformed into a hand-held unit to clean upholstery.