‘Dead end’ roads and desserts ‘made out of cotton candy’ are among the strangest things expats will encounter while living Down Under, an American man who spent a year in Sydney has claimed.

In a YouTube video titled ‘The truth about living in Australia’, the unnamed man discussed the gridlocked traffic, ‘unusual’ food and slang terms he had never encountered until relocating to the Harbour City.

He raved about Australia’s welcoming citizens and delicious desserts like Tim Tams and pavlova, but warned others to expect a culture shock when they step into an Australian home – and realise just how much time people spend at the beach. 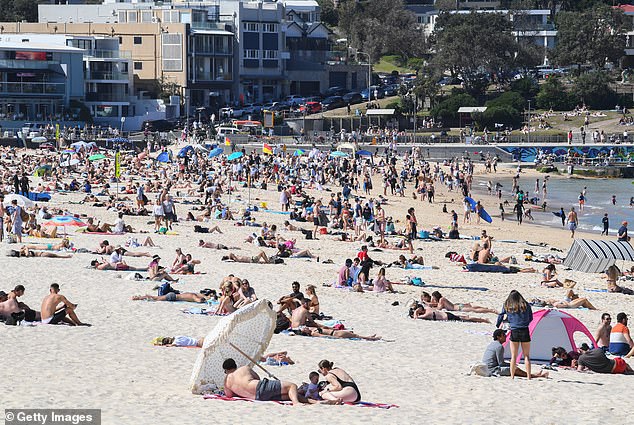 An American expat was shocked to learn just how much time Australians spend at the beach after living in Sydney for one year. Pictured: Crowds throng Bondi Beach on August 30, 2020

Sydney is filled with ‘dead ends’ and roads that twist in ‘interesting’ patterns found nowhere else on earth, the man claimed.

‘It seems like sometimes, they put the buildings in first, then realised they had to put roads in,’ he said.

Viewers agreed about the city’s poorly planned roadways, with one man laying blame at the feet of the British Empire which ruled over Australia from 1788 until the 1850s.

‘Sydney roads are narrow and weird because of how [it] was set up without any planning during the colonial era,’ he said.

But despite the confusing layout of the city, the man said he found Sydney drivers to be overwhelmingly polite and well mannered to pedestrians. 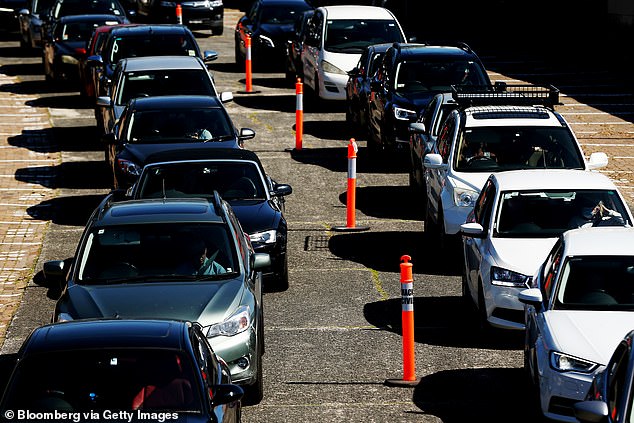 Sydney is filled with ‘dead ends’ and roads that twist in ‘interesting’ patterns found nowhere else on earth, the man claimed. Pictured: Gridlocked traffic at Bondi Beach 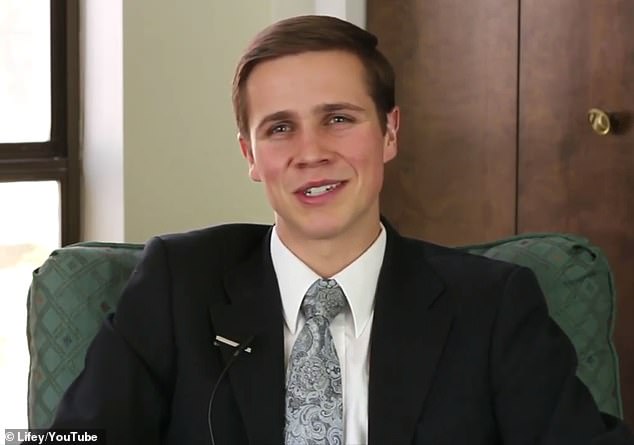 Despite the city’s confusing layout, the unnamed man (pictured) said he found Sydney drivers to be overwhelmingly polite and well mannered to pedestrians

Before arriving in Sydney, the man admitted he had never heard of pavlova – the meringue-based sweet named after Russian ballerina Anna Pavlova that’s long been one of Australia’s most popular desserts.

He called it ‘an interesting sort of cake’ and added: ‘If you were to make a cake out of cotton candy, in my opinion it would be something like that.’

The man was impressed with Australia’s indulgent meat pies and Tim Tams, widely regarded as the nation’s best-loved biscuit.

He encouraged viewers to try the iconic chocolate if they ever have the chance. 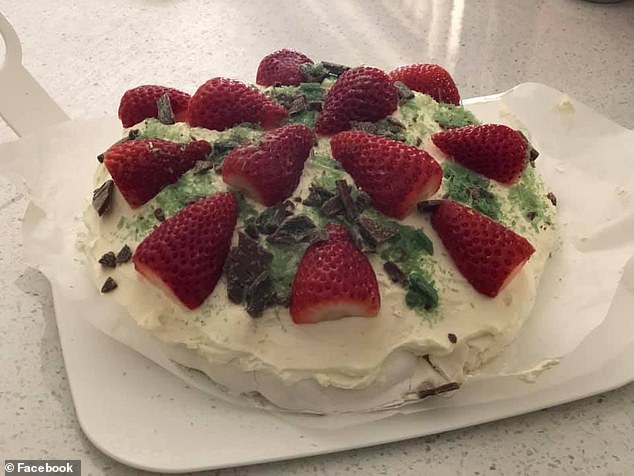 Before arriving in Sydney, the man admitted he had never heard of pavlova (pictured) – the meringue-based sweet named after Russian ballerina Anna Pavlova that’s long been one of Australia’s most popular desserts

The man said it took a while to get used to unusual slang terms like ‘she’ll be right’ – which means everything will work out’ – and ‘heaps’, which is the Australian word for a lot of something.

‘They’ll say ‘I just had heaps of food’, which means they’re full,’ he explained.

He said he was similarly puzzled by the concept of ‘tea time’, which is the Australian term for dinner or the main evening meal.

‘It’s kind of random, we’re not having tea or anything, it’s just what they do!’ he said.

Accustomed to America’s sprawling mansions and terraced houses – most of which boast basements – the man said he had never entered a home without one until moving to Australia.

He also noted how expensive houses are in Sydney, where an ‘average sized’ home is likely to fetch upwards of a million dollars because of its views or location.

The man was pleasantly surprised to discover that Australian families flock to the beach after work almost every day and enjoy a laid-back lifestyle few Americans dare to dream of.

‘They stay there until the end of the day, and then the next day they’ll go to work and they’ll do the same thing again – they love it!’ he said.

He also praised the safety of Sydney, saying he felt totally at ease throughout his stint in the Harbour City.