A collection of fascinating pictures from across the globe shared online prove just how strong genes really are.

In one captivating case a set of twin brothers in China married twin sisters, and both gave birth to twins.

Elsewhere  a baby from Atlanta was born with the exact same birthmark as her mother – a tuft of grey hair at the front of her centre parting.

Other pictures show the unmissable similarities between parents and their children – with side-by-side pictures of them at the same age making it hard to tell them apart.

We take a look at the most enthralling images shared online… 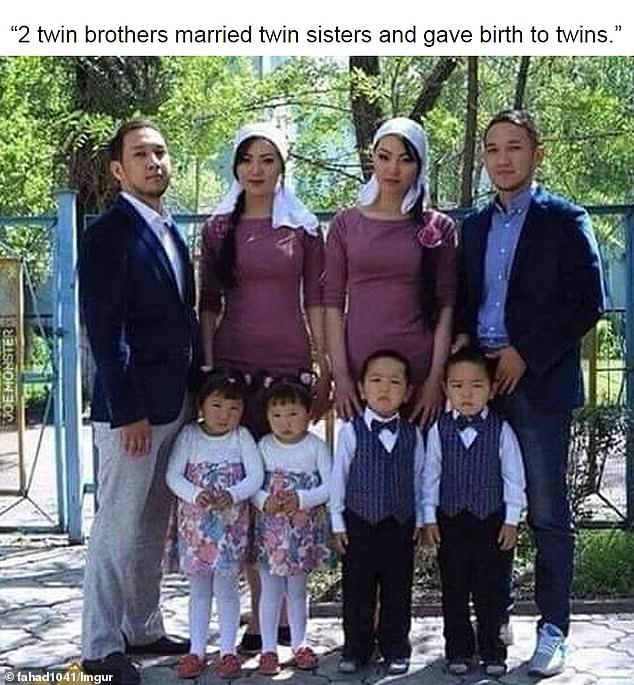 A collection of fascinating pictures shared online prove just how strong genes really are – including a set of twin brothers from China who married twin sisters, and gave birth to set of twin girls and boys – seen 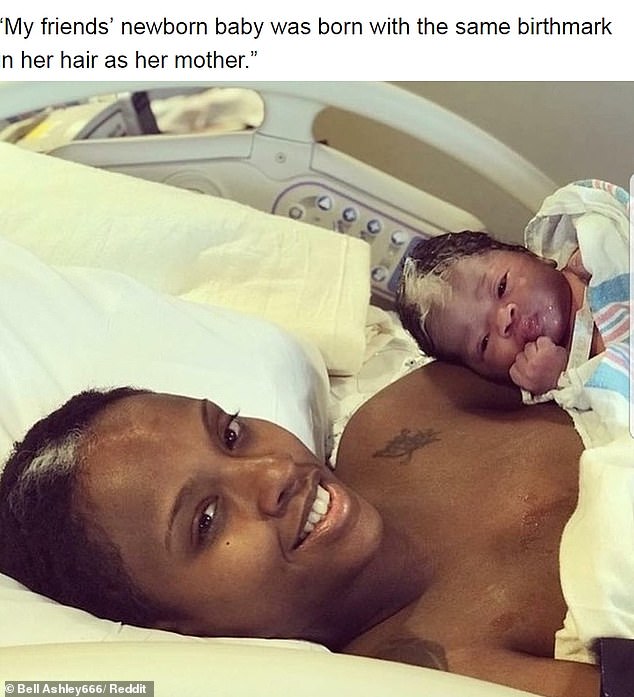 This mother from Atlanta gave birth to her daughter who has the exact same birthmark as her mother – a tuft of grey hair at the front of her centre parting – known as the Mallen Streak, and is caused by a condition called poliosis, which is characterized by a lack of pigment in the hair 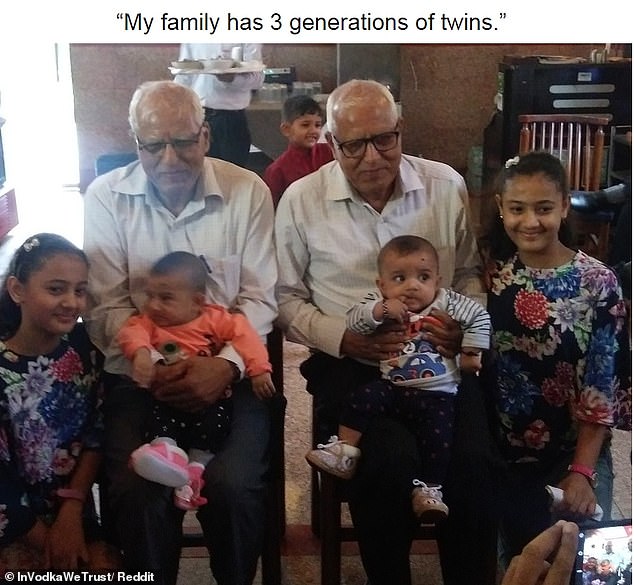 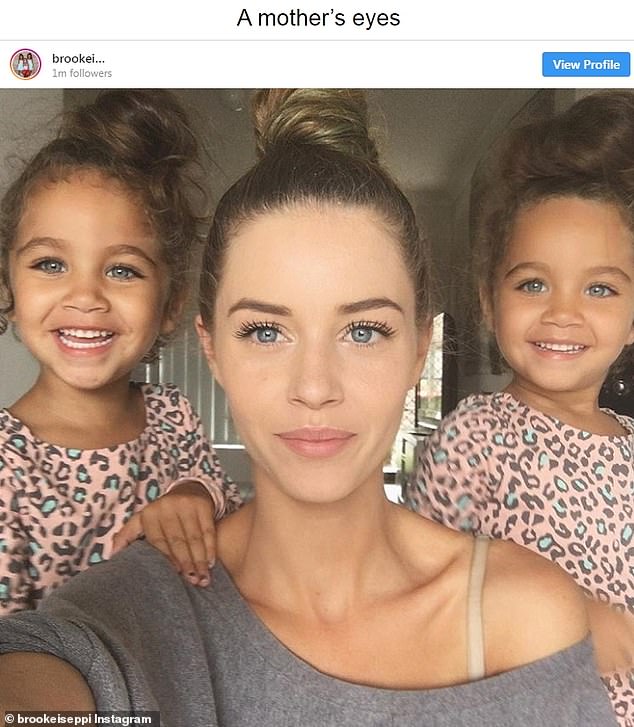 Australian mum Brooke Drotini has risen to fame on Instagram due her stunning twin daughters Isabella and Mia, who both boast her incredible blue eyes 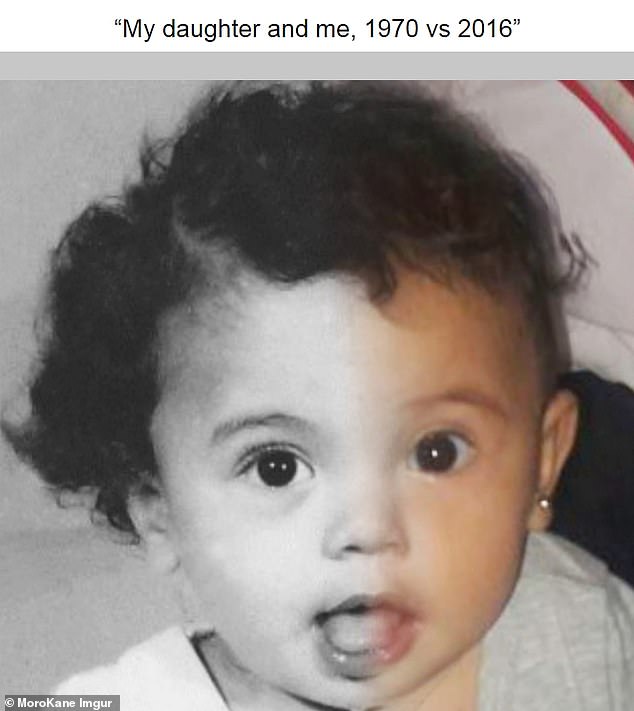 A mother from Morocco shared a side-by-side picture of her in 1970 as a baby, next to her daughter as a baby in 2016 – showing their incredible similarity 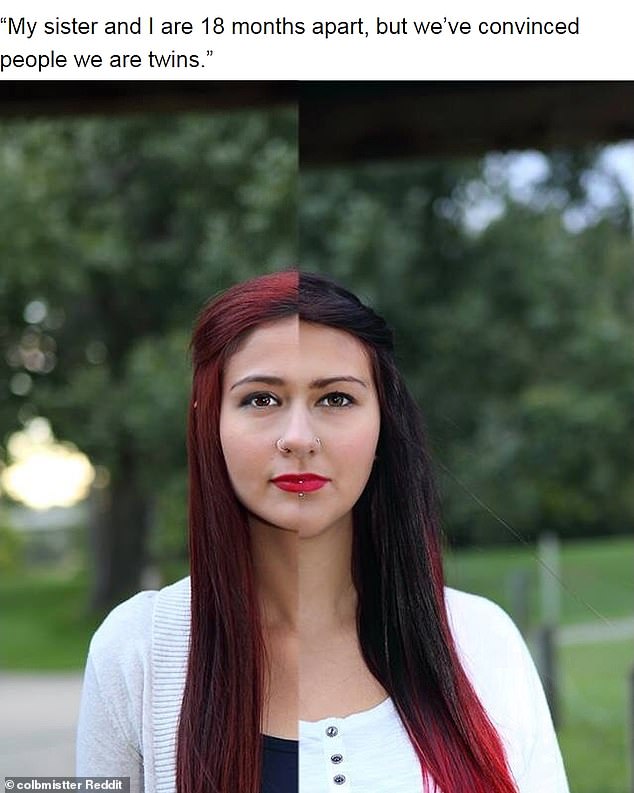 American Reddit user Colby, 20, seen left, shared a picture alongside her younger sister and revealed they looks so similar that they are often mistaken for twins rather than siblings 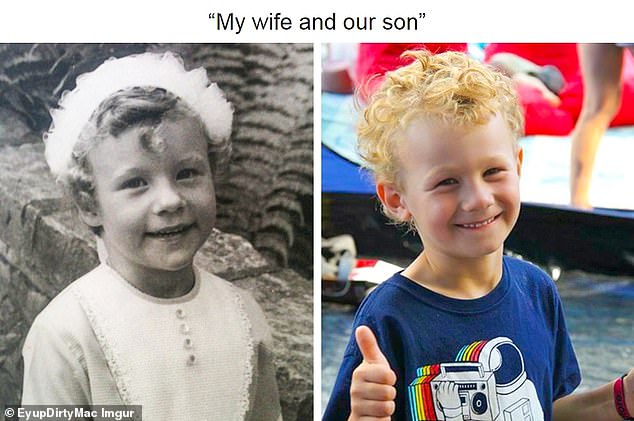 A British Imgur user shared the incredible similarities between his wife as a five-year-old, and their son at the same age – joking that he hadn’t contributed much 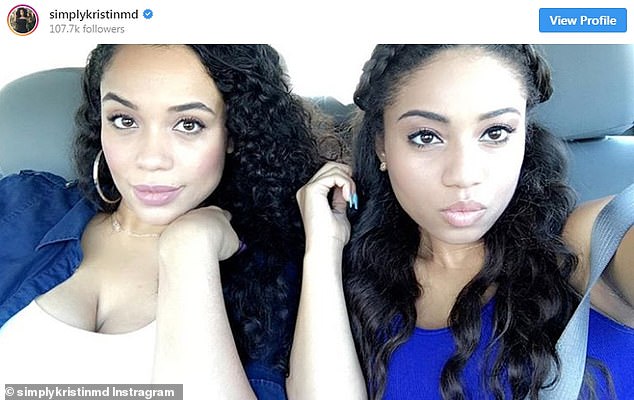 Beyonce’s cousin Kristin Douglas went viral when she posted a picture with her 18-year-old daughter, seen right, and the internet couldn’t work out who was the mother 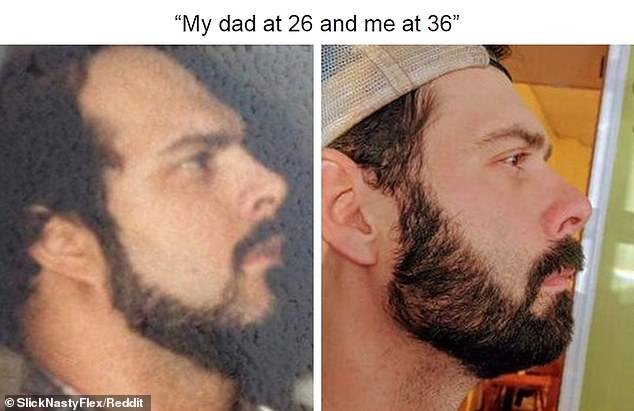 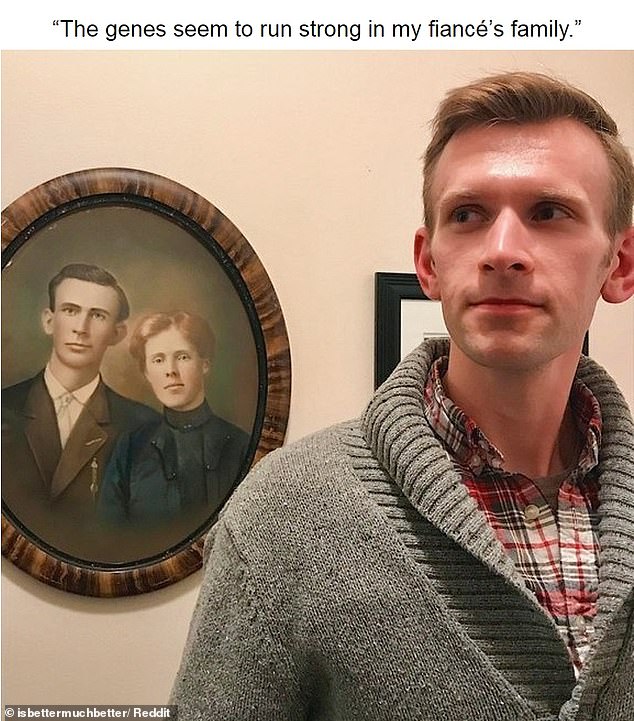 An American Reddit user posted a picture of her fiance posing next to a portrait of his grandparents, with his resemblance to his grandfather uncanny