Al Roker has returned the Today show studio for the first time in five months to cover Hurricane Laura, and the weather anchor couldn’t be more excited to be back with his co-workers.

The 66-year-old host, who had a shoulder replacement earlier this month, took to Instagram on Thursday to document his return, starting with footage of himself getting ready to leave his New York City home in the wee hours of the morning.

‘Well, I’m wearing a shirt and tie for the first time since March 15, getting briefed from my crew,’ he said in the first clip, which shows him sitting in between desktop with weather maps on both screens. 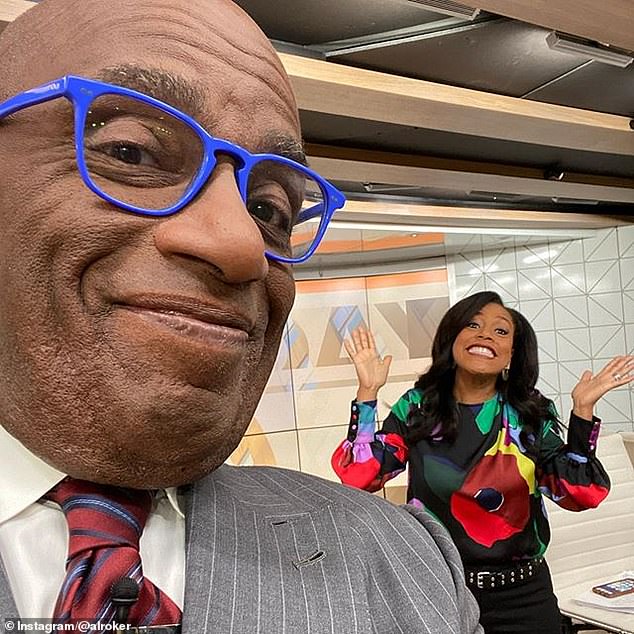 He’s back! Al Roker, pictured with his co-host Sheinelle Jones, returned to the Today show studio on Thursday for the first time in five months to cover Hurricane Laura 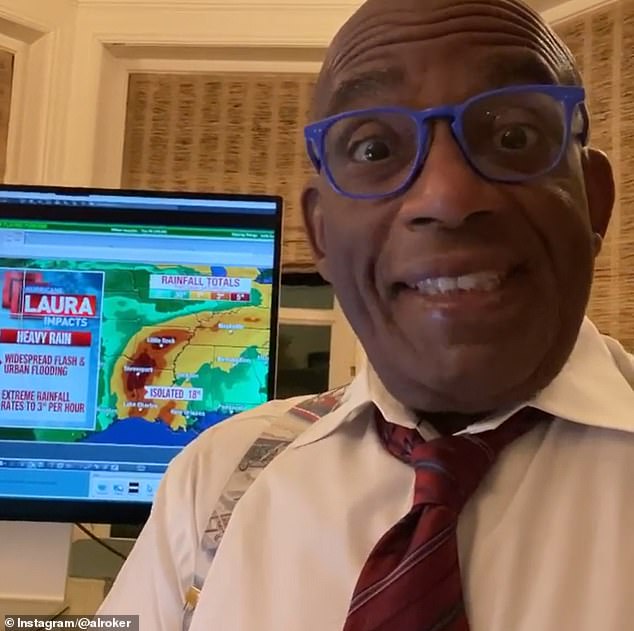 Ready to go! The 66-year-old weather anchor to Instagram to document his return, starting with footage of him prepping in the wee hours of the morning in his New York City home

In the following video, he prepared his morning coffee, admitting he had problems figuring out how to use his wife Deborah Roberts’ Smeg coffee maker.

‘I guess it’s time to start making #coldbrew again,’ he captioned the clip. ‘These #newfangled #coffemakers with their buttons and beeps and whiz bang things.’

Roker also filmed himself leaving his home wearing a blazer, a fedora, and, of course, a protective face mask. 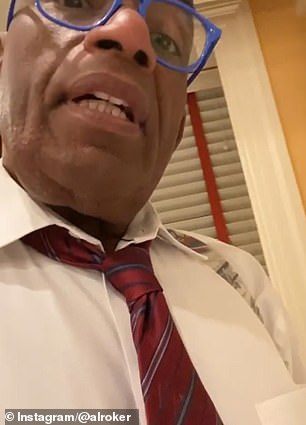 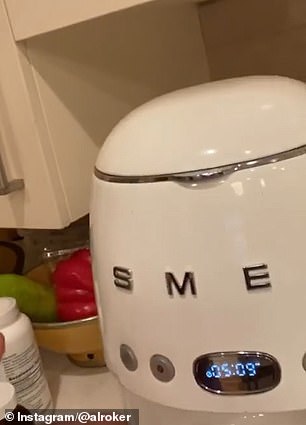 Hilarious: Roker admitted he had problems figuring out how to use his wife Deborah Roberts’ Smeg coffee maker. ‘I just want coffee for gosh sake,’ he said 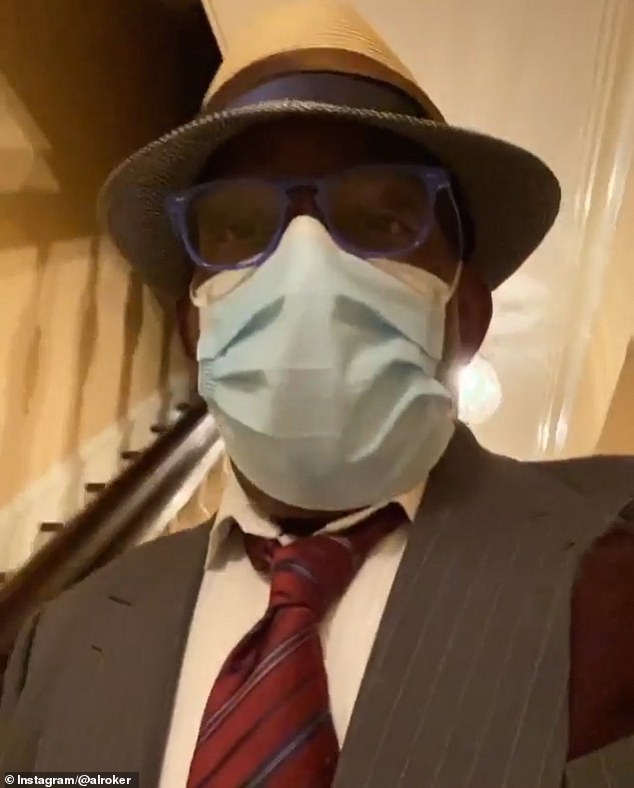 Back to the grind: Roker filmed himself leaving his home wearing a protective face mask after admitting this was the first time he has worn a shirt and tie since March 15

The weatherman continued to film his day when he arrived at the studio, where he first reunited with co-anchors Hoda Kotb and Savannah Guthrie.

Roker then turned the camera to show Guthrie, 48, walking towards him with a bright smile on her face. 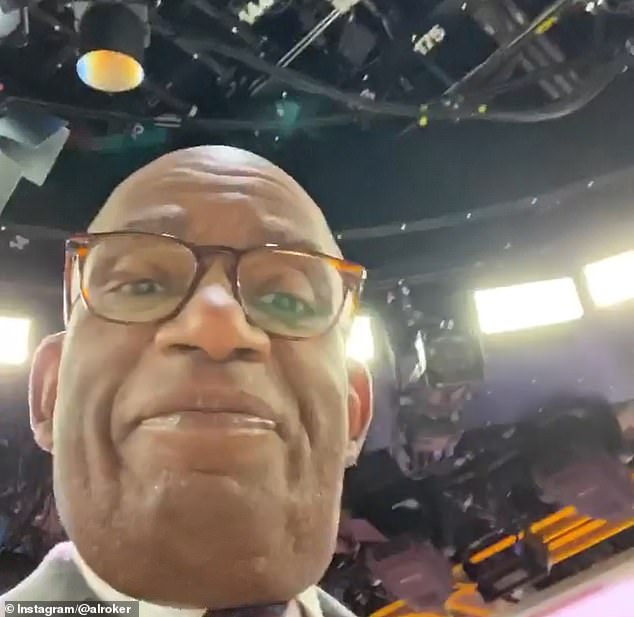 Reunited: Roker happily captured his first moments back in Studio 1A after five months away 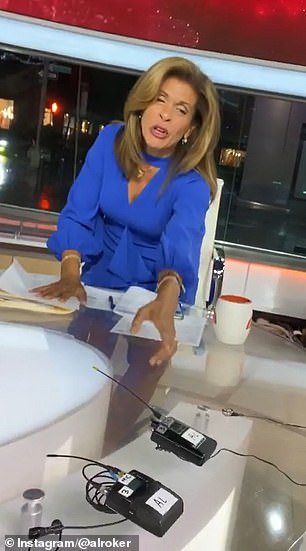 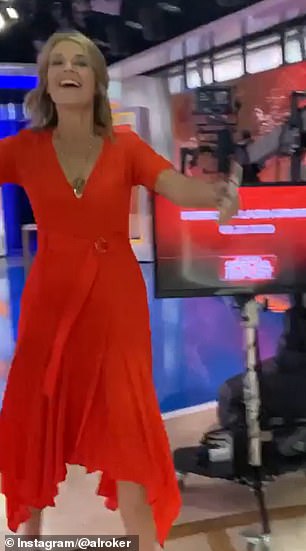 Happy he’s back! His co-hosts Hoda Kotb and Savannah Guthrie were both thrilled to see him. Kotb pointed out that his mics were ready for him, while Guthrie gave him an ‘air hug’ 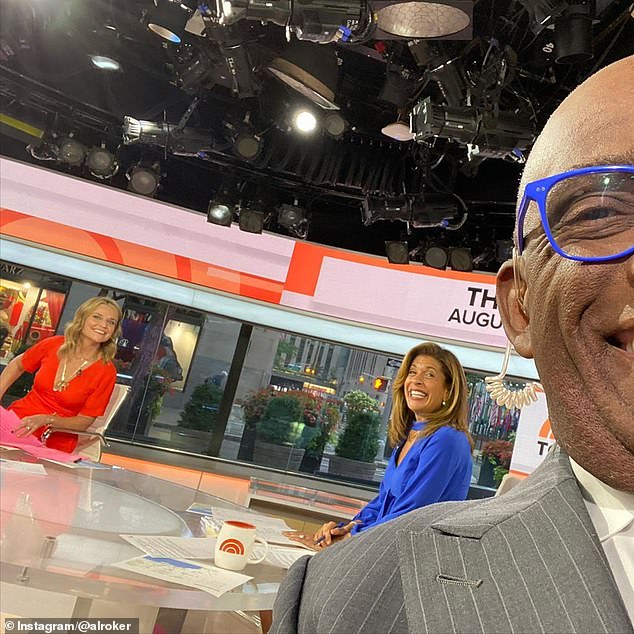 All smiles: For the rest of the day, Roker took socially-distanced selfies with his beloved co-workers

‘And we’re back,’ he wrote in the caption, noting: ‘Wish it was under better circumstances and not for #hurricanelaura causing a lot of misery.’

For the rest of the day, Roker took socially-distanced selfies with his beloved co-workers, starting with an over-the-shoulder snapshot of Sheinelle Jones.

‘My world is getting better and better with @sheinelle_o in my orbit,’ he captioned the image. 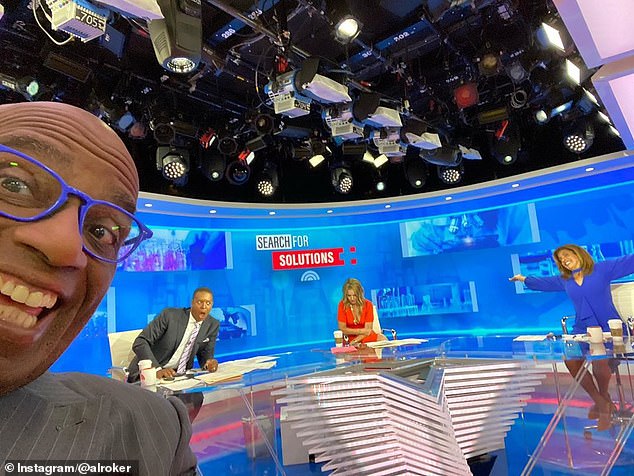 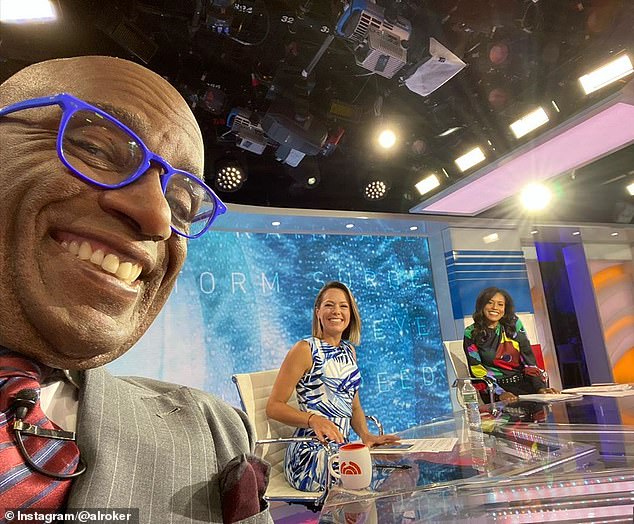 They’re all here! The third and final selfie was taken right before his third-hour segment with Jones and Dylan Dreyer, whom he dubbed his ‘work wives’

He shared another photo that showed Kotb, Guthrie, and Craig Melvin sitting six feet apart at their shared desk, writing: ‘Color me #happy being with @craigmelvinnbc @savannahguthrie @hodakotb.’

The third and final selfie was taken right before his third-hour segment with Jones, 42, and Dylan Dreyer, 39, whom he dubbed his ‘work wives.’

Many of the Today show staffers spent months working from home amid the coronavirus pandemic, and for a while, Kotb was the only filming from inside the studio.

Other hosts started to make their return over the past few months, with Roker being one of the last to come back to the studio. 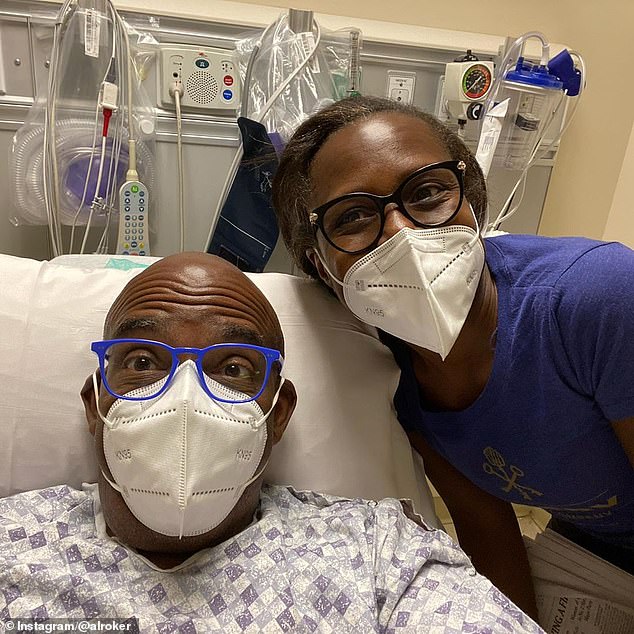 Earlier than expected: Roker, pictured with his wife, had total shoulder replacement surgery a few weeks ago 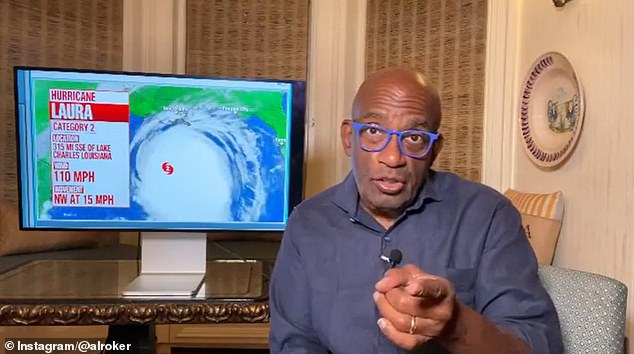 Dedicated: Roker, who had been working from home for nearly half the year, came back to the studio earlier than expected to report on Hurricane Laura

His return was actually earlier than expected because of Hurricane Laura, which made landfall off the Gulf Coast overnight as a Category 4 storm.

Roker spent the last few weeks recovering after having total shoulder replacement surgery on his right shoulder due to arthritis. The procedure came six years after he had surgery on his left shoulder.

‘Recovery went great, although I will admit this was harder than the knee and the hip, for some reason. I’m not quite sure why,’ he said a few weeks ago, referring to past medical procedures.’

‘Now I could actually throw that first pitch at Yankee Stadium. It turns out I had an excuse because my shoulder was not good,’ he added.

Roker had the honor of throwing the first pitch at a New York Mets game in 2017 and had bounced the ball, but now he knows why — and is confident he can do a better job.