Vera Wang has shared her wellness secrets after photos of her showing off her toned figure in a sports bra went viral — and her tops tips are easy enough for just about anyone to follow.

The 71-year-old designer broke the internet in May when she posted snapshots of herself posing in an orange Palm Angels sports bra and white denim shorts while self-isolating in her Miami home.

Six months after Wang wowed fans with her incredibly youthful appearance, she revealed her health tenets, telling People that she credits her ageless figure to ‘sporadic’ workouts, a good sleep schedule, and the occasional vodka cocktail. 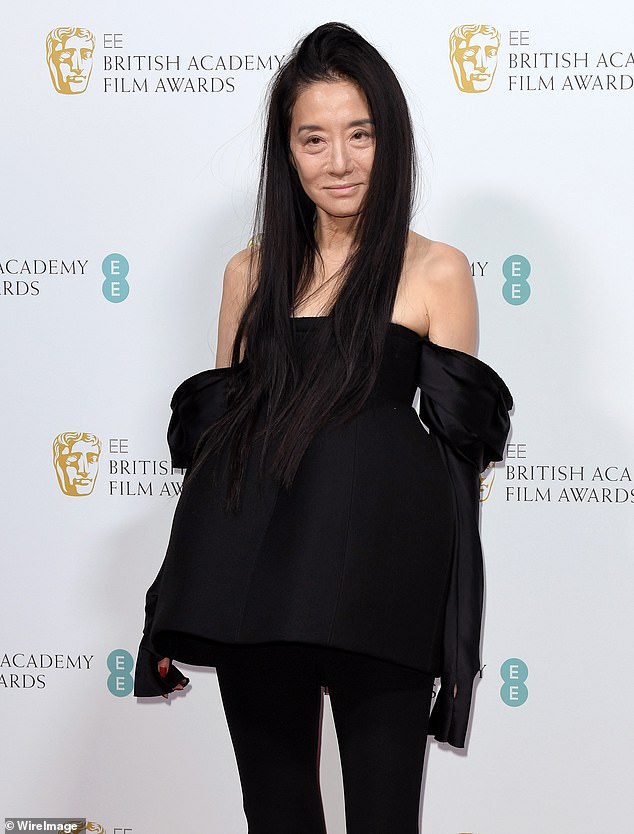 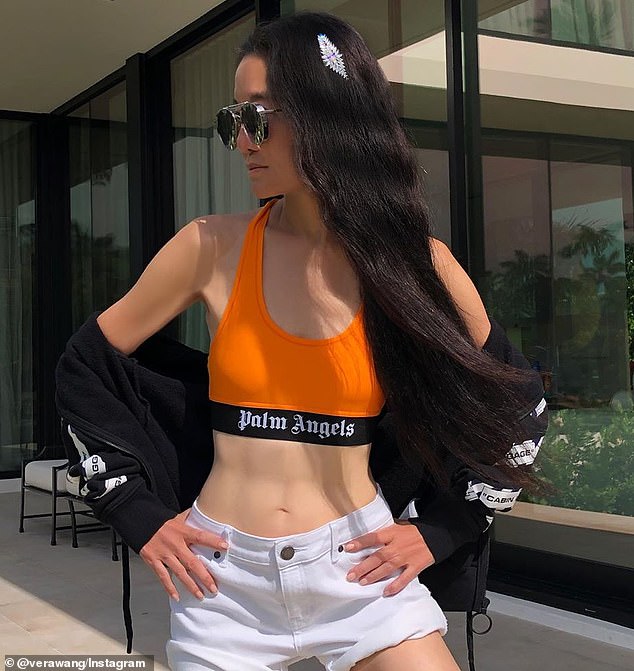 Going viral: Wang caused a stir online when she shared photos of herself modeling an orange Palm Angels sports bra and white shorts while self-isolating in her Miami home in May

Stun in an orange sports bra like Vera in Palm Angels

Vera Wang, a fashion designer known for her opulent wedding dresses, is something of a wonder herself. She broke the Internet earlier this year when she posted photographs of herself in an orange Palm Angels sports bra.

The reason that the shot went viral is that Vera is 70 years old! She can still certainly rock a sports bra exposing her toned midriff.

We can definitely envision this bra in our gym gear. Unfortunately, the orange hue has sold out online. But, if you click right, you can head to Farfetch to pick it up in black.

Then head to our roundup below where we’ve found lookalikes from Calvin Klein, Koral and more.

One would assume based on her toned abs, arms, and legs that she would have a more grueling routine, but she believes her figure is the result of her early years as a competitive athlete.

‘I mean, I was an elite athlete in my youth. I was a competitive figure skater in the United States and a dancer at Balanchine School of American Ballet,’ she explained.

‘I think when you spend the first 16 years of your life that physically engaged, there is such a thing that it sort of stays with you. There’s a muscle memory that goes with that.’

Wang has posted a few photos of herself working out on a treadmill amid the pandemic, including a video of herself doing a series of stretches and squats while listening to Lady Gaga. 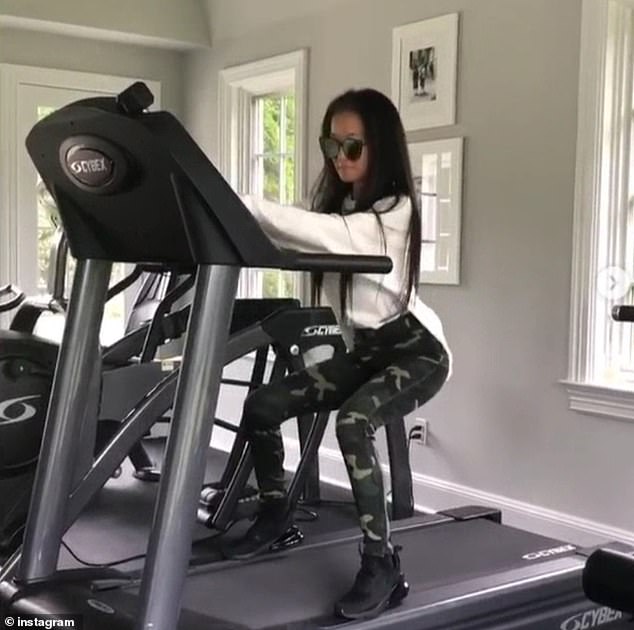 When she can: Wang, who shared a video of her at-home treadmill workout earlier this year, said her workouts can be best described as ‘sporadic’ 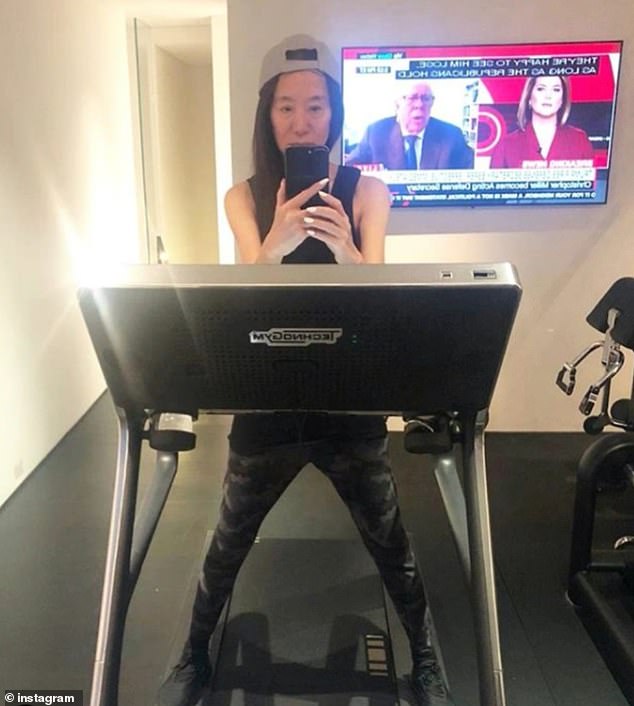 Smart: Wang believes her figure is the result of her early years as a competitive athlete, but she likes to work out to stave off anxiety. She recently hit the treadmill to deal with election stress

‘I would say [it’s] sporadic. Sporadic is the perfect word,’ she told the publication when asked about her workout routine.

The legendary designer doesn’t just work up a sweat for vanity purposes, though. She noted that workouts are also a tool for staving off anxiety.

And while physical fitness is important, the self-care tool she prioritizes most is a good sleep schedule.

‘Sleep is key to having survived growing a company, raising two kids,’ she said. ‘I mean, I don’t think I could exist if I wasn’t able to sleep. I had to get rest because I feel it’s a regenerator.

‘So sleep is a very big part and certainly vodka,’ she added. ‘Because I mean, it’s just so great to be able to unwind with a cocktail.’ 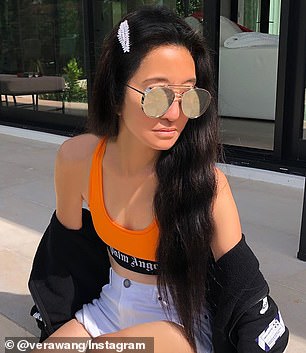 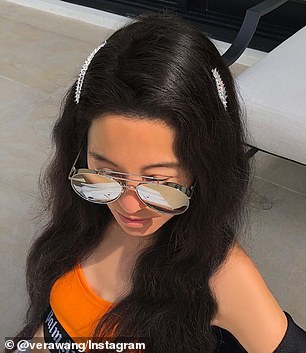 Surprised: Wang admitted she was ‘totally shocked’ by the online reaction to her photos. The goal was to show off her hair clips, hence the minimal clothing 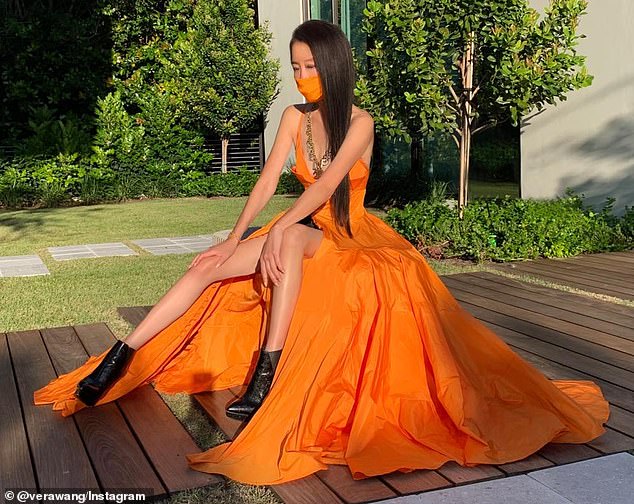 The good life: Wang relies on sleep to regenerate, saying it’s the key to her success. She also likes to wind down after work with a vodka cocktail 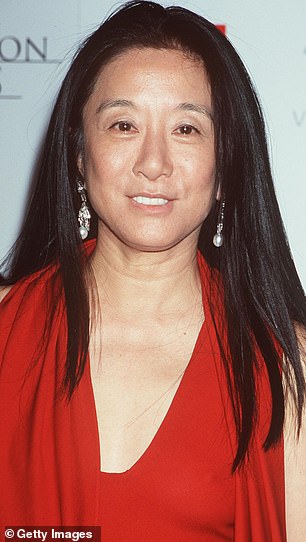 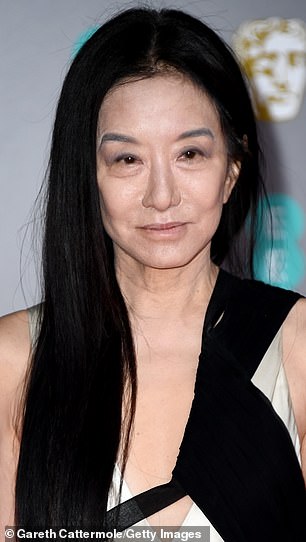 Icon: The fashion designer, seen left in 2000 and right in 2020,  has been working in the industry for years, having spent 17 years at Vogue before moving on to a roll at Ralph Lauren

She noted that she is ‘not talking about having 10’ but rather enjoying a vodka cocktail to celebrate the end of the workday, explaining: ‘It just creates a nice break.’

As for her viral photos, Wang told People that she was ‘totally shocked’ by the reaction online after years of working in the fashion industry strictly behind the camera.

‘I always thought of myself as somebody who, in all fairness, was the creator and not the subject matter,’ she said. ‘So it was sort of shocking. I can’t lie to you.’

Taken a month before her 71st birthday, the pictures were part of a series of at-home photoshoots that Wang had been doing while in quarantine.

The goal of the sports bra photos was to show off her hair clips, hence the minimal clothing, but it was her youthful appearance that sparked feverish excitement online.

Shock: Many people were stunned to learn that Wang is 70 years old, and shared their awe at her incredible figure. Wang turned 71 in June, a month after the photos went viral 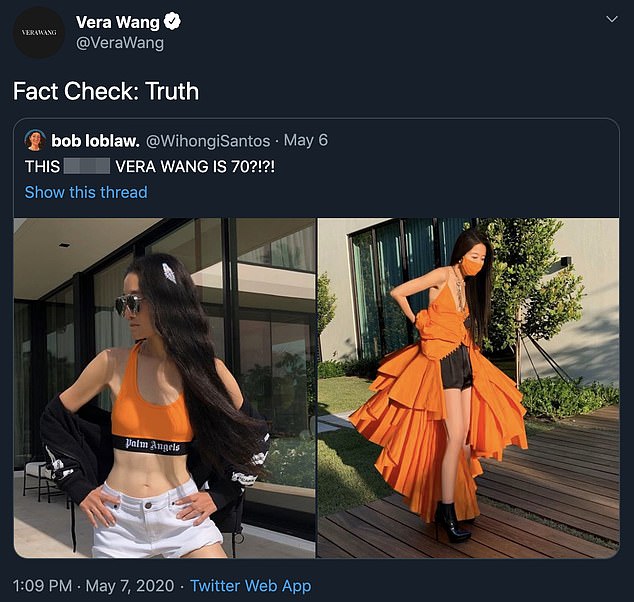 Truth: The official Vera Wang Twitter account joined in the fun, confirming that the designer is in fact 70 when her age was questioned by a user 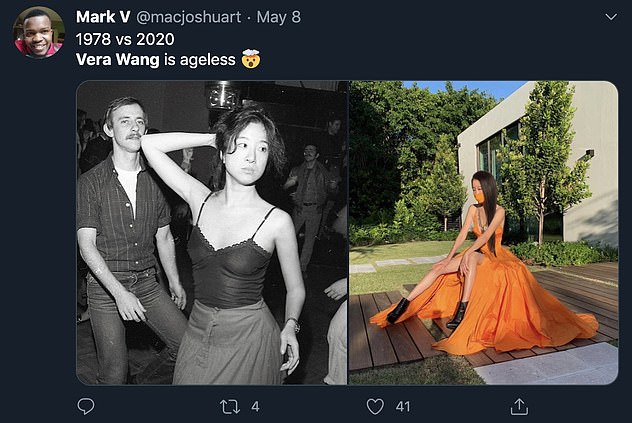 Memory lane: Another person shared a throwback snap of Wang in 1978, remarking that the designer is ‘ageless’

‘Vera Wang is seventy years old wtf is she drinking, unicorn blood? Unreal,’ one person tweeted while sharing images of the fashion designer.

Another chimed in: ‘I was today years old when I found out Vera Wang is 70 years old and still looks [fire and bomb emojis].’

One Twitter user shared a black and white photo of the designer in 1978 while comparing it to a more recent snap of Wang, writing: ‘1978 vs 2020. Vera Wang is ageless.’

The official Vera Wang Twitter account even joined in the fun, replying to one Twitter user who questioned whether the designer is actually 70 to say: ‘Fact check: truth.’

The fashion designer has been working in the industry for decades, having started her career as an editor at Vogue in 1970 when she graduated from Sarah Lawrence.

From there, Wang moved to a role at Ralph Lauren, where she remained for two years, until leaving to found her bridal brand at the age of 40.

Since then she has expanded her offering to include non-bridal designs, while also creating wedding dresses for a host of celebrities, including Sarah Michelle Gellar, Alicia Keys, Hilary Duff, and Khloe Kardashian.