Hard-hitting adverts for a fake online shop have been circulating social media as part of a campaign for The Children’s Society – with one of the adverts promoting a child- sized stab proof vest.

The organisation launched the ‘The Store of Modern Childhood’ in a bid to raise money for vulnerable children by taking users to a donation page when they click on the advert.

All of the fake products on the site are listed as free, with users able to make a donation of £12 – £50, which go towards helping the charity’s mental health services across England and Wales.

All products in the fake line are based on real-life stories discovered in the charity’s annual Good Childhood report, which this year found that childhood happiness in the UK has fallen to its lowest level in a decade. 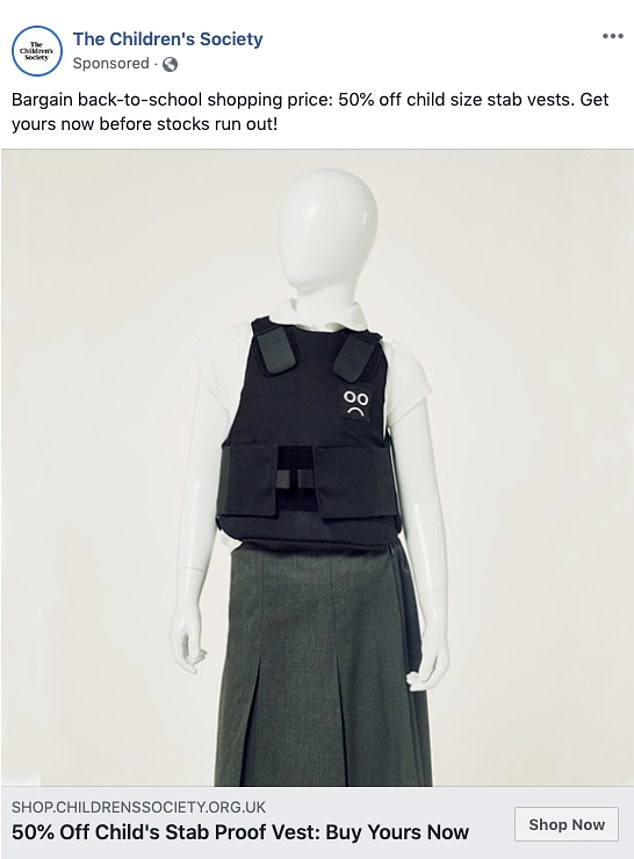 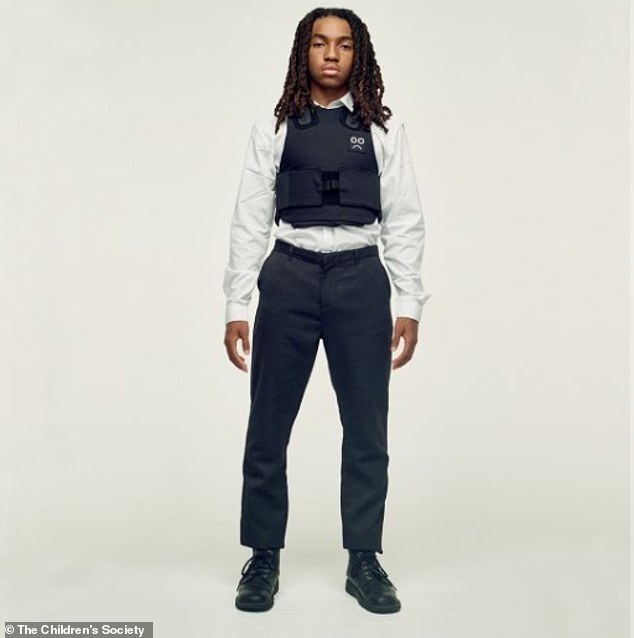 The stab proof vest promises to fit children aged 11 to 18 and the description says children are able to ‘wear it in or out of school.’ Pictured, model

The website includes facetious descriptions of the product range, which is designed to highlight issues among young people such as poverty, anxiety, body dysmorphia, cyber-bullying and knife crime.

The stab proof vest promises to fit children aged 11 to 18 and the description says children are able to ‘wear it in or out of school to stop all but the most determined blades!’

Other products in the range include a pre-chewed pencil which promises to take stress away from children as there’s ‘one less thing for you to do in those stressful school situations’. 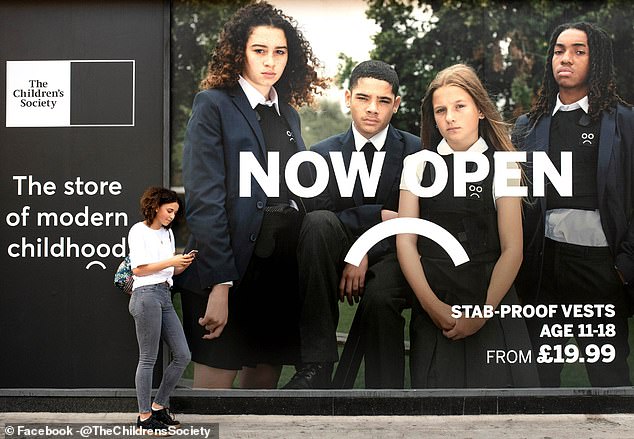 The charity also launched a two-day pop-up store in Baker Street, London where people could buy the products for real 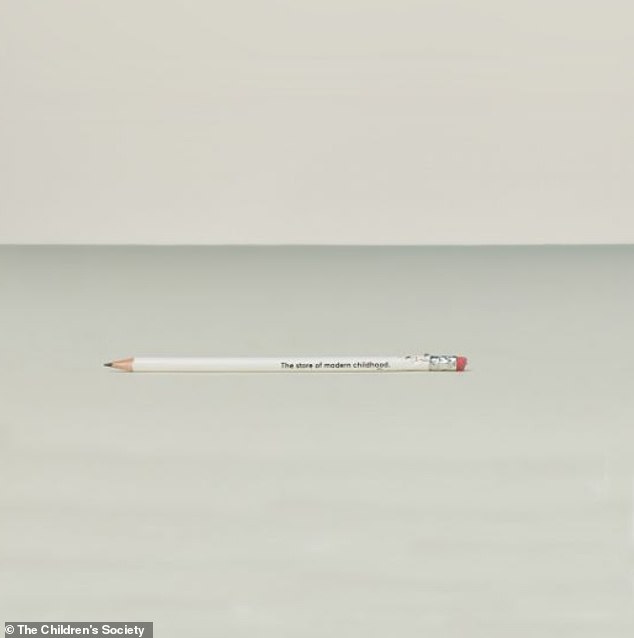 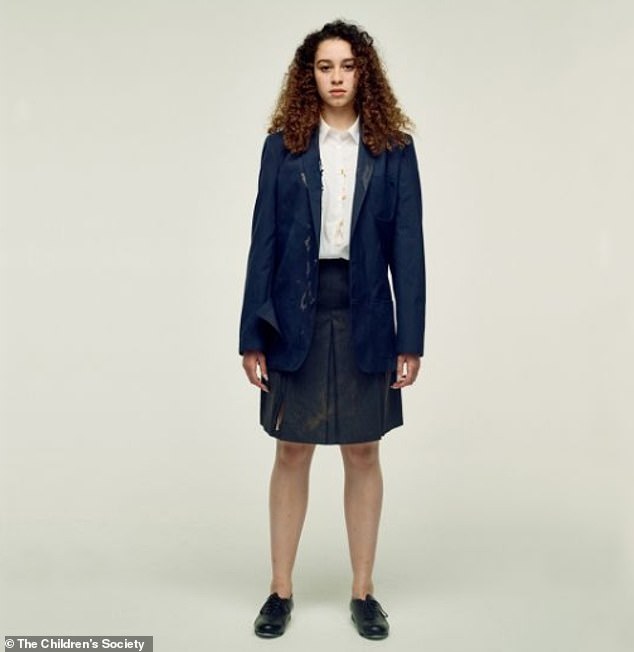 A soiled and torn school blazer is also available on the online store with the caption: ‘Send your child to school wearing a blazer like this and then no one will even notice.’ Pictured, model

A soiled and torn school blazer is up for sale with the caption: ‘No money to do your washing or too broke to buy a new blazer when the old one comes home ripped?

‘Send your child to school wearing a blazer like this and then no one will even notice.’

A ‘self-hate notebook’ which includes a giant drawing of the word ‘Hurt’ is also available and is described as a: ‘Beautifully bound A5 notebook is the perfect place to write down all those dark and depressing thoughts. This one comes ready filled with thoughts of self doubt.’

Phone cases emblazoned with the phrases ‘I feel like the whole world is against me’, ‘Why won’t they leave me alone’ and ‘There’s no way to escape from them’, are additionally part of the range.

The description reads: ‘These funky phone cases ensure that no matter how shattered or broken you feel, your mobile will always be in pristine condition.’ 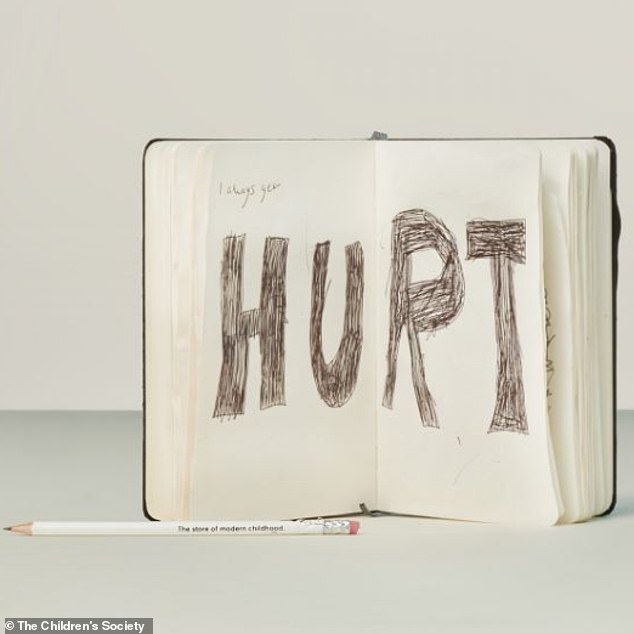 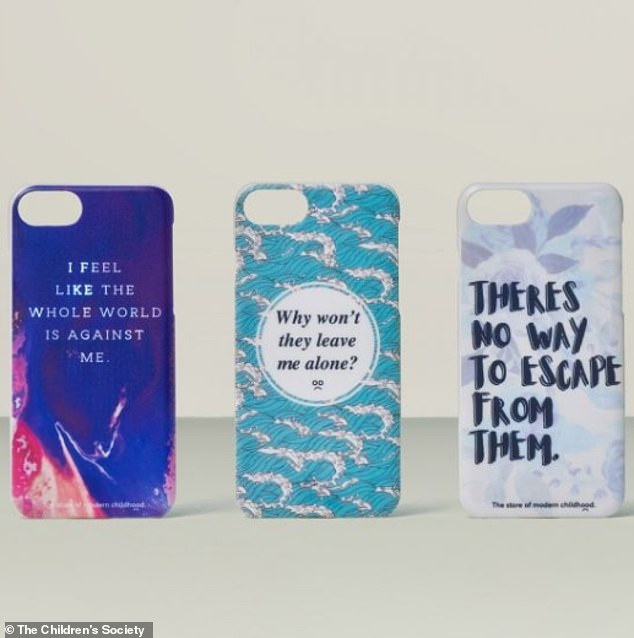 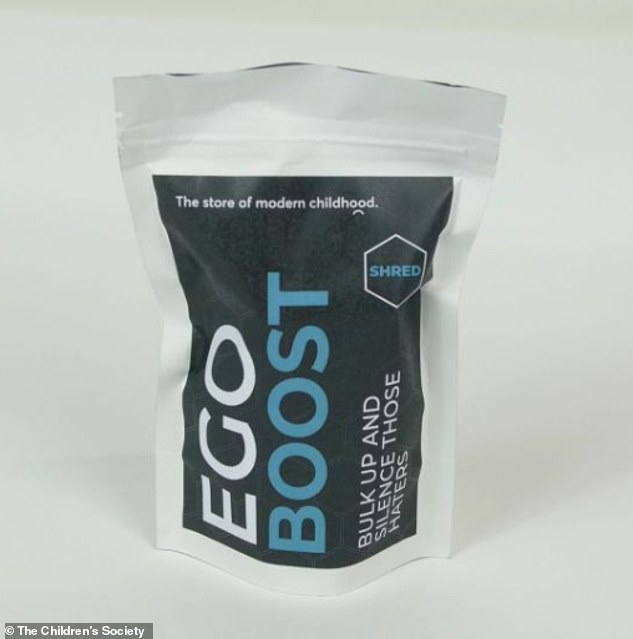 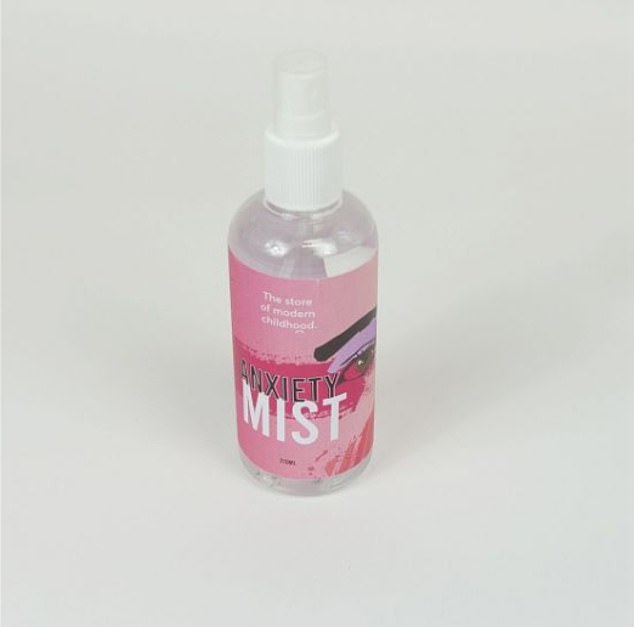 Branded as ‘Ego Boost,’ a fake protein powder is available which promises children that although they may feel ‘scrawny now’ in no time ‘you’ll be ripped’.

The final product in the range is ‘anxiety mist’ which is part of a fake make-up range that promises to help young people ‘hide your worries from the world’.

As well as the online store, the charity launched a two-day pop-up store in Baker Street, London, where customers could psychically go in and buy the products.

The shop also included inspiring messages from young people the charity has helped in the past including one girl who insisted:

‘Even if you have a bad backstory, you can still grow up to have the definition of a success story’.

As well as another which read: ‘I am looking forward to seeing how far I can get in life ad what I can achieve’. 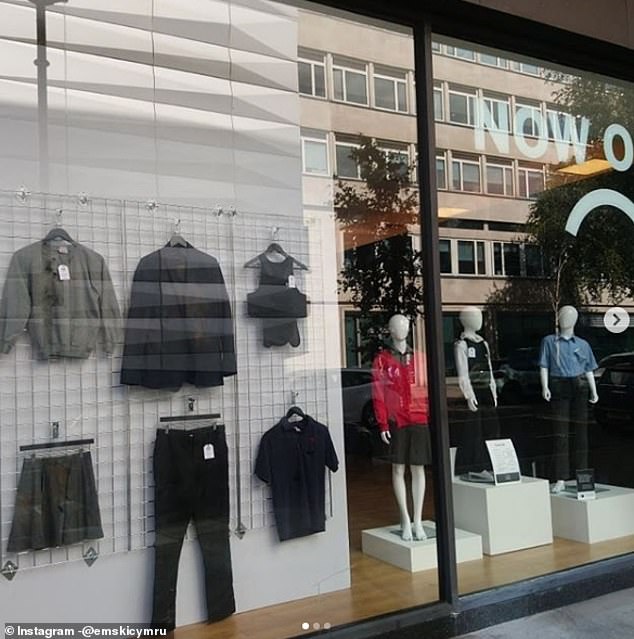 The London pop up shop (pictured) displayed dirty, ill-fitting and torn school uniforms in the window 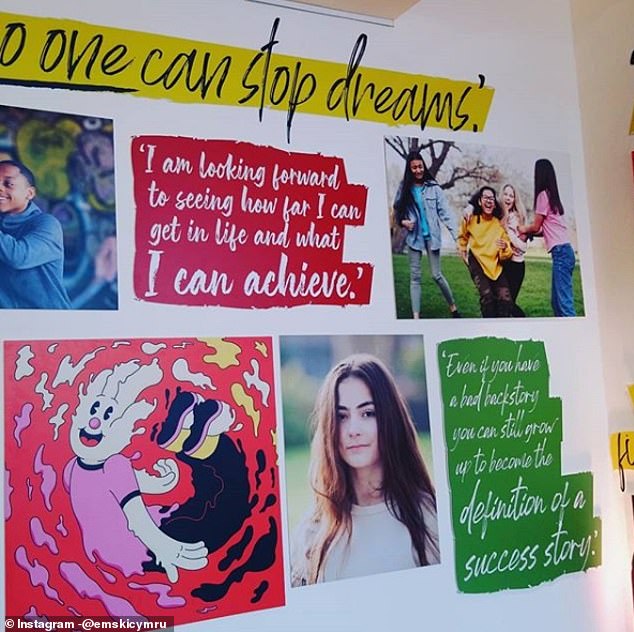 Inside the shop, the walls are decorated with artwork and testimonies from young people who have been helped by the charity