A troll who abused anti-Brexit campaigner Gina Miller has said he acted because ‘single white fathers’ get no support as he bonded with the businesswoman over experiencing homelessness.

Alan, who works as a concierge, said after Brexit he felt ‘there was no point in sitting back and being passive’ and started leaving hateful, racist and threatening messages for politicians online.

The single father met with Gina in a clip filmed by the BBC before the coronavirus pandemic, with the duo bonding after they both revealed that at one stage they had been forced to live in their car.

Alan admitted he felt awful about the experience: ‘I want to say sorry to you because you felt so angry. I just feel it’s awful there’s hundreds of thousands of people who feel like you.’ 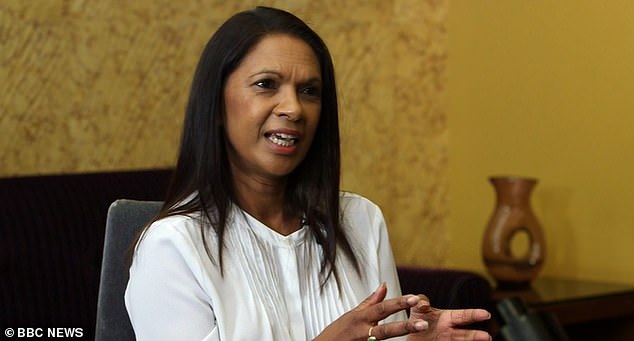 Alan started the hobby of leaving harmful comments online for politicians after the Brexit referendum, including Gina Miller.

Before meeting Gina, he explained: ‘lt’s literally because of Brexit. I figure there was no point in sitting back being passive.’

A combination of his past,  feeling very upset and invested, as well as everything he’s was seeing on social media got him increasingly fired up. 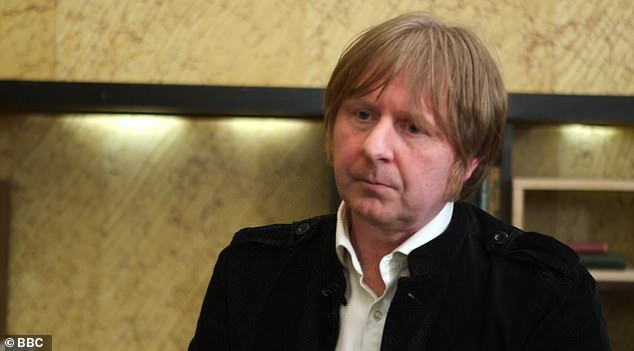 ‘Everybody else can get seemingly what they like. So it got to the point where I thought I’m going to stand up and say something.’

Meanwhile Gina explained how attacks online had now escalated to verbal attacks in real life and said she now has secruity for her and her family 24 hours a day.

She said: ‘In the beginning I thought it was just words, just on social media. But I was out with my daughter recently, standing outside on a road to cross to my car.

‘And this car stopped, window rolled down, shouting “You know black ****, you should be hung, traitor. You know, dying is too good for you.”‘ 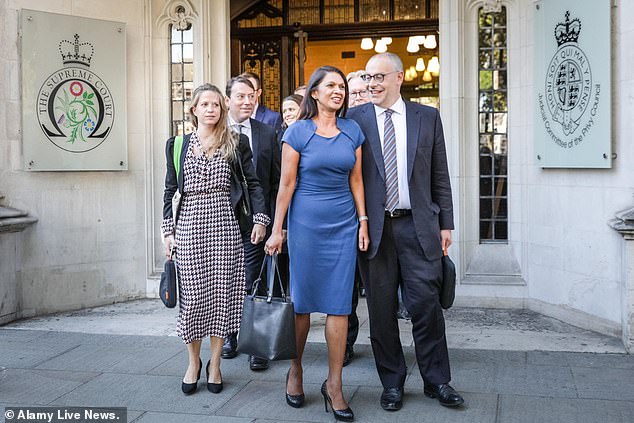 The duo met in an open public place to discuss the experience, with Alan explaining he wanted to make amends for the hurt he had caused.

Gina replied: ‘What I find really frustrating is that people think they know me because of whats in the media. I often read it and think, who is this woman?’

The pair got to talking and realised they had much more in common than they thought they would, including sons of a similar age. 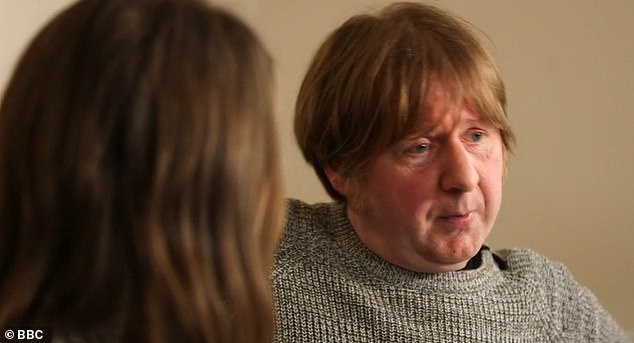 Before meeting Gina, Alan admitted he felt ‘disenfranchised’ and said he has received little help as a single father while others appeared to ‘get everything’ 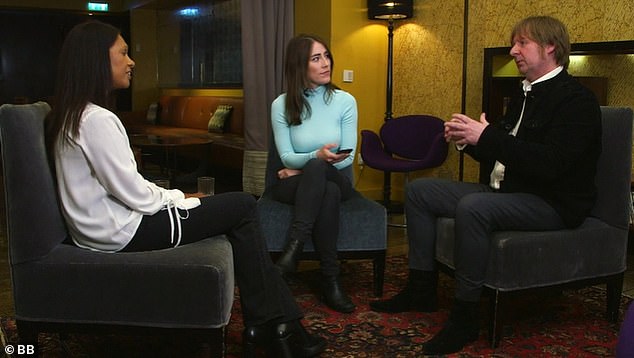 After they met, the pair bonded over the challenges in their life, realising they both had been forced to sleep in their car at different stages

Alan explained: ‘I’m a single father…since he was four.’

Meanwhile Gina said: ‘The thing is, I’ve had a very varied life. I’m a pretty strong person. I lived in a car for three weeks or so.’

And Alan said he could empathise with Gina, saying: ‘Sleeping in a car, I did that for two years, because they couldn’t house me. So I know exactly how it feels to be sleeping in the front of a car. I get that.’ 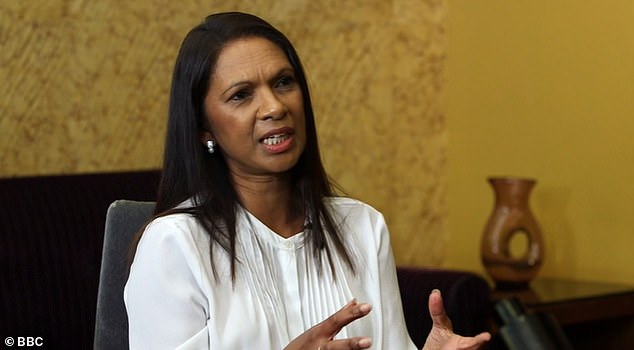 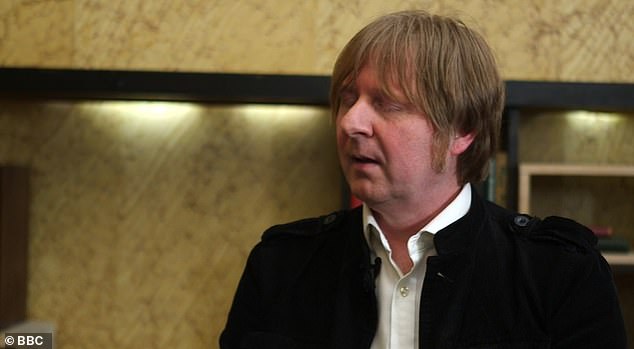 He went on to say he felt ‘terrible’ about the online attacks, explaining: ‘Now I’ve met you and heard where you’re at, it’s a wrong thing for me to do.

Who is Gina Miller?

The mother-of-three, who was born in Guyana but grew up in Britain, became a successful City investment manager and also set up the No.1 Ladies’ Investment Club for women in business.

And friends say she is sharp-witted and acid-tongued, with a reputation for winning every argument.

Describing herself as a ‘natural fighter, she has rattled cages in the City and accused the charity sector of widespread inefficiencies.

Gina Miller went on to study law at university and turned to modelling and is said to have been the inspiration behind playwright Dennis Potter’s racy BBC drama Blackeyes, which starred Gina Bellman as a fashion model.

Married for the first time at 20, she had disabled daughter Lucy-Ann, who ‘was deprived of oxygen at birth’.

Her second husband, she claims, was a drinker who beat her badly (he denies this), forcing her to flee with her daughter.

For a time they lived like vagrants, sleeping in her ‘little blue car’ in multistorey car parks in Wiltshire.

She now has two young children with her third husband and live in a £7million townhouse in Chelsea, West London.

‘I never knew at the time, it was just angering. It was who do these people think they are? You’re all f****** rich and elite. What do they know about my life?’

Meanwhile Gina revealed she had received worse abuse since Brexit was over, saying: ‘I’ve noticed that a lot of the anger I was getting before, was about Brexit.

‘But now its over, its changed. It’s about being a woman of colour, that I look like an ape. I actually get told worse things now than I was before.’

Alan shook his head, saying: ‘I don’t agree with what’s going on with yourself. It’s well out of order.’

‘These debates are important because were we’re coming from different slants and where we’re looking at stuff.’

Meanwhile Gina said: ‘I hope you can become a messenger because all I worry about is my son and your son. I don’t want them to be in a country full of hate.’

The investment fund manager and campaigner first came to public prominence in 2016 when she launched a legal challenge to then prime minister Theresa May’s decision to use the royal prerogative to trigger Article 50, starting a two-year countdown to the UK’s departure from the EU.

The High Court ruled that the prime minister did not have the power to trigger Article 50 without the authority of Parliament, a ruling ultimately upheld by the Supreme Court in January 2017.